Microsoft has just announced some major updates for the Xbox app on PC, making it easier to discover new games on the platform, introducing a new game performance fit indicator, and more. 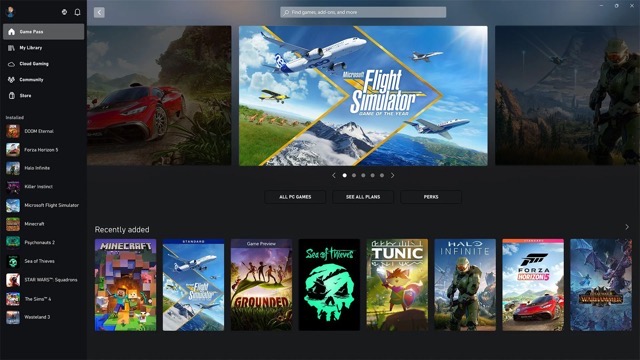 The updated Xbox app includes a new feature that helps you see how well a game will run on your PC before downloading it. When you click on the details of a game to get additional info, the app compares the game’s performance on PCs with similar specs to yours, to show a prediction of how well we expect the game to run.

If your PC isn’t up to the task of running a graphically demanding game, you’ll be able to view the game’s system requirements to get more details on what you need to run the game.

All your navigation is now on the sidebar and game installations are easily trackable with the new queue. You can find all the games you care about in “Search” with improved accuracy, and it now includes games from EA Play and Ubisoft Connect in search results.

We’ve continued to make improvements to the backend of the app so it will run smoother and with more reliability and we’ve addressed top reported issues and will continue to do so with app updates. There have also been updates to the app to make navigation, search, and installation of games easier.

Microsoft says you may not see a performance check for every game as the feature is currently still in development.