Xbox App Now Offers ‘Stories’ Features, Though Only from Official Publishers at the Moment 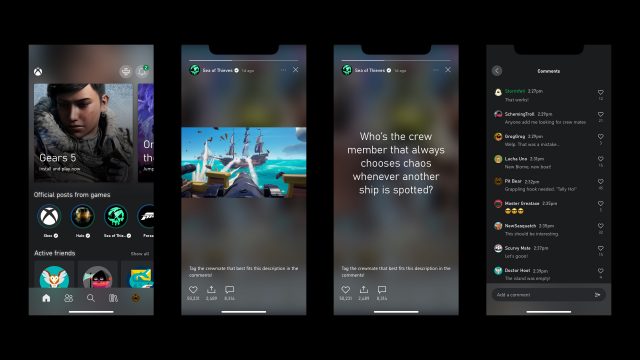 The official Xbox app is now adding a ‘Stories’ function, following in the footsteps of many other apps available. As with the likes of Facebook, Instagram, Twitter, and even LinkedIn, the Xbox app will showcase an assortment of stories from a variety of brands.

Stories have become a common function within the social app world. Users can create short videos or share photos that are intended to disappear after 24 hours. The stories on the Xbox app work a bit differently. Rather than feature content created and shared by those on your friend’s list, the Xbox app will highlight stories from official brands and publishers. When announced on Twitter, Microsoft shared a collection of photos of what the feature will look like when implemented.

Today we’re introducing official game stories in the Xbox app — because everyone deserves to see that no scope. pic.twitter.com/DcsnQgRVhV

As notable in the photo, Microsoft will integrate a row of official posts from games” on the app and give the stage to brands like Halo, Sea of Thieves, and Xbox. The story example shows a clip from Sea of Thieves and asks users to tag a friend who best fits the description of someone who “chooses chaos whenever another ship is spotted”. Tagging a user is also something not commonly seen on the Xbox app. This could point to a sign that Microsoft may look at further social integrations in the future.

As of now, it does appear as though stories will be used exclusively as a way for brands to speak to the Xbox community. However, that does not mean that story functionality can’t open up to players and creators. There may come a time when clips recorded on Xbox can be shared in a way similar to other social media apps.

The Xbox app is available on both iOS and Android.

Your Apple Watch can help you find your iPhone if it’s nearby. Simply Touch and hold the bottom of the screen, swipe up to open Control Center, then tap the Ping iPhone button. As a result, your iPhone makes a tone so you can track it down. In the latest beta release of iOS 16,...
Usman Qureshi
7 mins ago

Alexa is getting smarter and more complex every single day by finding new ways of applying learned  behaviours  to new and different scenarios. Currently built into more than 100,000,000 devices worldwide, Alexa and the Echo suite of devices continue to evolve. Check out the top Amazon devices and Alexa updates you need to know for...
Usman Qureshi
33 mins ago