Xbox One Gets Over-the-Air TV Tuner for Canada: Free TV on your iOS Device

The Xbox team today has announced over-the-air tuner support for customers in Canada and the U.S., which means you can pick up free digital TV signals available with the purchase of an add-on tuner. For TV cord-cutters that have an Xbox, this is your way to get free TV:

Today, we’re adding another great option for Xbox One owners to get TV entertainment. We’re excited to announce a partnership with Hauppauge, 23-year veterans in the over-the-air TV space, to deliver one of the most asked for Live TV features on Xbox Feedback to our fans in the U.S. and Canada – an over-the-air TV tuner.

With the purchase of the Hauppauge WinTV-HVR 955Q ($79 USD) and HDTV antenna, this brings TV to your Xbox. But with Xbox One SmartGlass for iOS, you can stream TV to your iPhone or iPad for remote viewing too:

Now you have access to your full OneGuide in the Xbox One SmartGlass app with the ability to tune channels on your TV and stream TV within your home from your Xbox One to one or more of your devices. 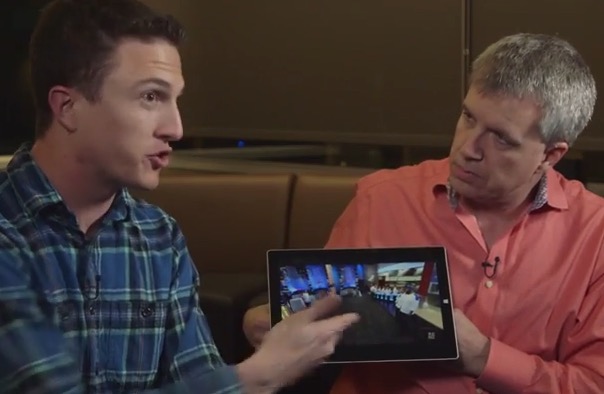 Right now this is available for ‘preview’ members, but will become available for everyone else “very very soon”, says Xbox. For those with an Xbox One—is this something that interests you?

Of course, you may want to check to see the availability of OTA stations in your area first, before you jump on this. While OTA TV is not new, this way makes it easy for you to watch it remotely on your smartphones and tablets.

Ian Scott, chairman of the Canadian Radio-television and Telecommunications Commission (CRTC), told the House of Commons Industry and Technology (INDU) committee that he was once the victim of an e-mail spoofing scam — reports The Globe and Mail. Apparently, bad actors were able to impersonate Scott's e-mail address an undisclosed amount of time ago. The...
Nehal Malik
24 mins ago

Tesla and SpaceX CEO Elon Musk will purchase Twitter again with his original terms at $54.20 per share, as revealed yesterday in a surprise u-turn. The decision comes ahead of Musk’s scheduled deposition starting tomorrow and his October 17 Supreme Court case in Delaware with Twitter, as the Tesla leader originally wanted to renege on […]
Gary Ng
37 mins ago