Microsoft announces that Project xCloud will only be available for Android devices, leaving users questioning the future for an iOS app. 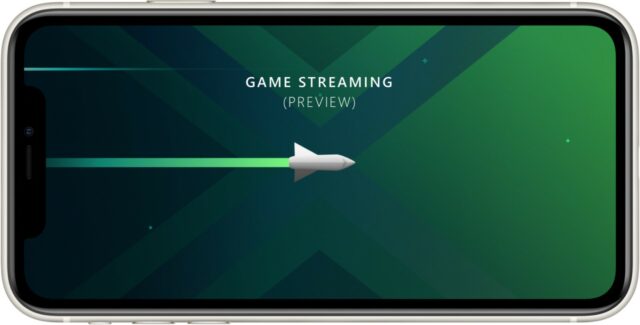 Project xCloud, for the uninitiated, is a new service from Xbox allowing players to stream games to their mobile device, and play their favorite games on the go with the help of a wireless Bluetooth Xbox controller.

Android devices are about to get a gaming upgrade, as Microsoft’s Project xCloud game streaming service is launching in September and will allow users to stream Xbox games on their phone or tablet. But if you’re on iOS, it’s looking like you won’t get to join in on the fun.

If you’ve been keeping up with xCloud that might surprise you – after all, Microsoft was testing a beta version of the service on iOS devices, but in a statement sent to The Verge, Microsoft confirmed that it has ended its iOS tests.

“Our Project xCloud preview TestFlight period has ended on iOS and we are focused on delivering cloud gaming as part of Xbox Game Pass Ultimate to Android customers beginning September 15,” said the spokesperson. “It’s our ambition to scale cloud gaming through Xbox Game Pass available on all devices.”

The xCloud launch on iOS started weakly, as it offered just a single game, Halo: The Master Chief Collection, and was limited to just 10,000 users. And the trial has stagnated since then, with zero updates and no new games since. That would have triggered Apple’s iOS TestFlight deadline rule, which calls for apps to be disabled after 90 days with no update.

Meanwhile, Project xCloud on Android has received regular updates over the last year, and now boasts over 100 playable Xbox One games. That will allow Microsoft to launch it out of testing as part of its $15 USD Xbox Game Pass Ultimate subscription service on September 15th, as planned. It’s also offering an Xbox Game Pass Ultimate bundle with xCloud services on Samsung’s new Galaxy Note20.

Given Apple’s history of denying apps like Xbox Game Streaming access to its App Store, the feeling now is that Apple will never approve this app in any form. Meanwhile, its Apple Arcade platform runs unfettered across iPhone, iPad, and Apple TV.