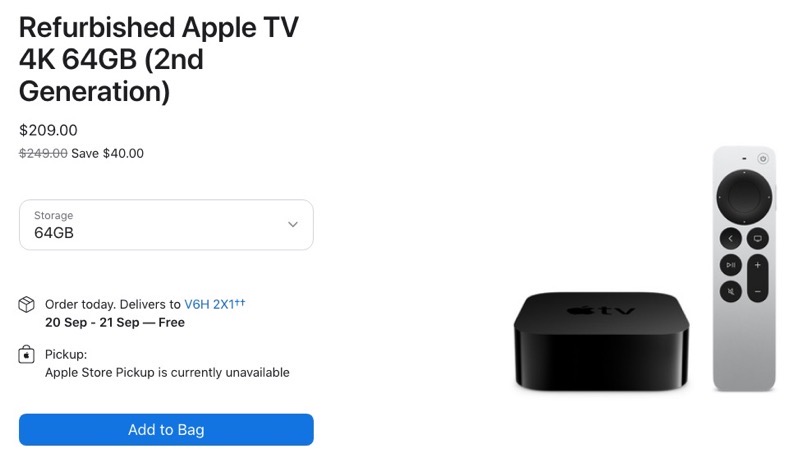 Apple is now selling its second-generation Apple TV 4K with new Siri Remote in its online refurbished store in Canada, starting from $189 CAD.

The new Apple TV 4K was released back in April and supports Dolby Vision, Dolby Atmos and HDR video.

The new redesigned Siri Remote is a gift from the heavens as it is designed to be held in your hand properly and is not a thin piece of aluminum that gets lots in your couch, forever.

Click here to shop Apple Canada’s online refurbished store and get these while they are still available.

Apple on Monday evening announced the best apps of the year, as part of its annual App Store Awards for 2022. These awards highlight 16 apps and games that “inspired users to engage more deeply with the world, expand their imaginations, and stay connected to friends and loved ones.” Winners were chosen by Apple’s global […]
Gary Ng
21 mins ago