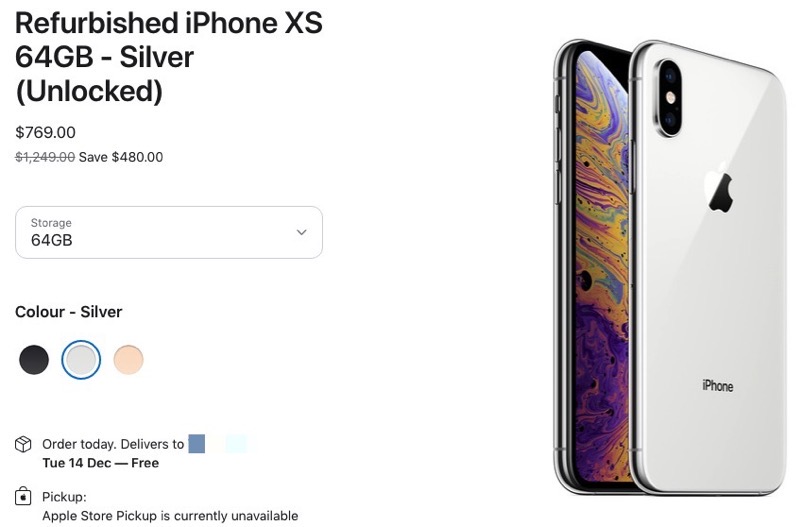 Apple has now recently added the iPhone XS to the mix, offering the phone 64GB and 256GB versions priced at $769 and $939 respectively.

iPhone XS colours available include Gold, Silver and Space Grey. All refurbished iPhones come with a new battery and outer shell, plus a standard one-year warranty.

The iPhone XS launched back in September 2018 and is powered by the A12 Bionic chip.

Click here to buy a refurbished iPhone from Apple.ca.