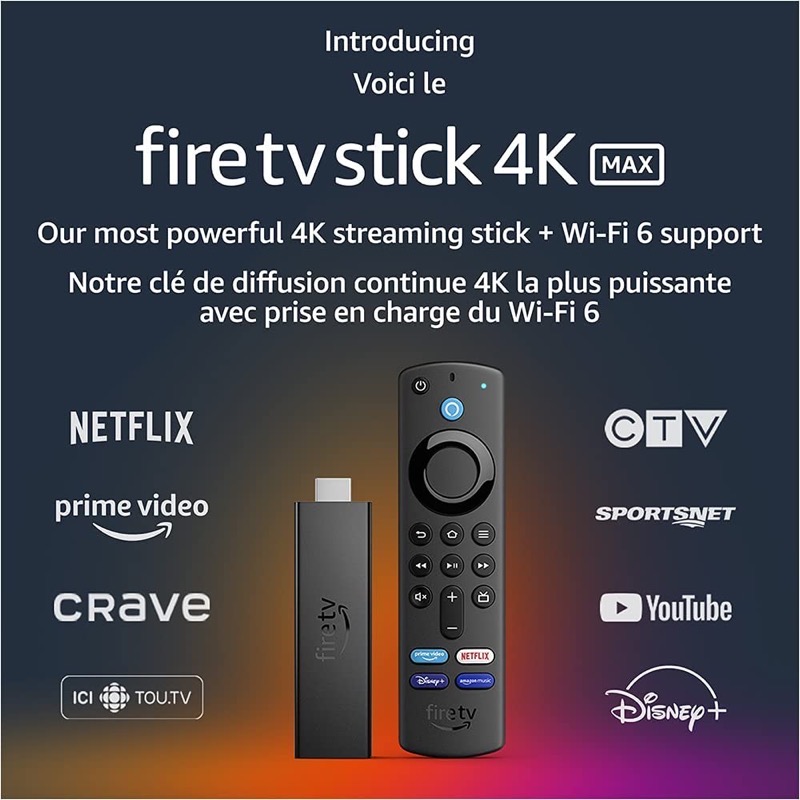 Amazon announced its new Fire TV Stick 4K Max back in September, and now it’s available to purchase in Canada.

You can also wirelessly pair an Echo Studio or a set of Echo (4th Gen) speakers to the Fire TV Stick 4K Max. New for this generation is Wi-Fi 6 support and also a 40% jump in performance.