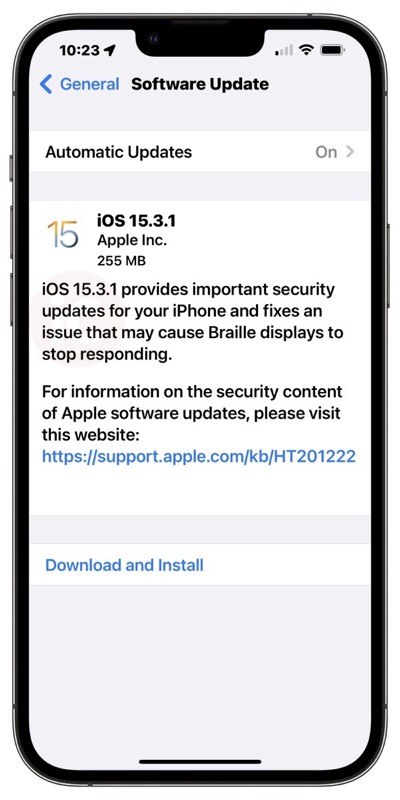 Apple has released iOS 15.3.1 and iPadOS 15.3.1 for download, which it says “provides important security updates for your iPhone and fixes an issue that may cause Braille displays to stop responding.”