YouTube for iOS to Officially Get Picture-in-Picture Support in the U.S. [Update]

According to a report by MacRumors, YouTube for iOS is officially getting support for the much-awaited picture-in-picture (PiP) feature for U.S. customers, which will allow both non-premium and premium subscribers to view videos in a small pop-up window as the main app runs in the background. 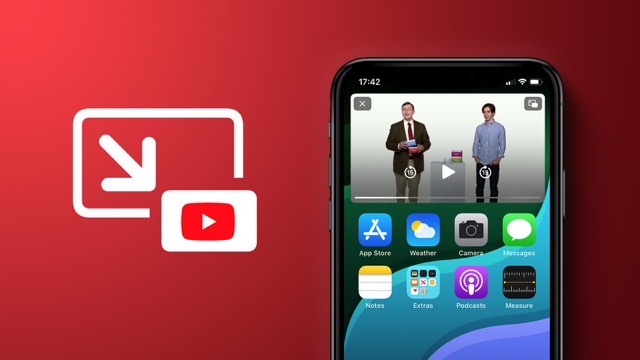 YouTube has said that the picture-in-picture (PiP) feature has already been enabled for its premium subscribers on iOS, whereas a roll out for non-premium YouTube users will begin soon as well.

YouTube has confirmed that once the feature has been officially released, it will be available to all users, as opposed to previous reports which claimed that YouTube will limit picture-in-picture (PiP) to paying subscribers.

“Picture-in-Picture (PiP) allows users to watch YouTube videos in a small mini player while simultaneously browsing outside of the YouTube app on their mobile device. We’re starting to roll out PiP for YouTube Premium members on iOS and plan to launch PiP for all US iOS users as well.”

Currently, the only way to enable Picture-in-Picture (PiP) on iOS is via the YouTube website on Safari, paired with some clever Shortcuts to turn off the built-in parameters that disable the feature.

Update: Clarified to note this PiP update is for the U.S. only for now.