YouTube Music to Launch Background Listening for its Free Tier, Starting in Canada 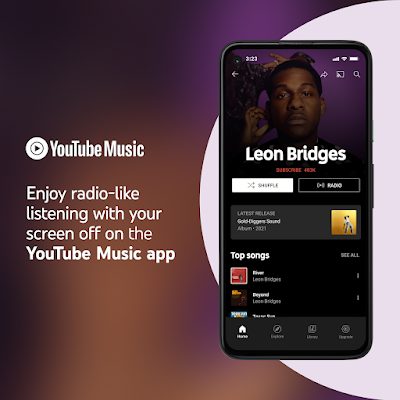 Google announced on Monday it will launch background listening for YouTube Music on November 3, 2021, starting in Canada first.

The feature will be free of charge (it was previously only available to Premium subscribers) and will allow YouTube Music to be played in the background when the app is minimized or your screen turned off. This means radio and playlists and more will be available for listening in the background, when previously it would shut off.

“Within this, you can engage with the YouTube Music app through an exciting ad-supported, radio-like experience featuring the artists, songs, and albums you love, plus personalized mixes on shuffle without the hassle of having to keep the YouTube Music app open on your device,” said Google in a statement.

YouTube Music Premium–without the ads–costs $9.99 CAD per month in Canada.