YouTube for iOS Gets New Interface for Full-Screen Video Player

YouTube apps for iOS and Android have just received an updated UI for their full-screen video players, which makes it easier to like a video, add it to a playlist, view comments, and share it on social media (via The Verge). 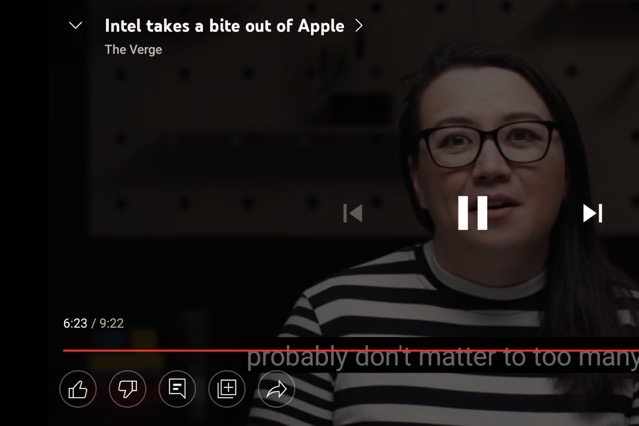 Previously, users needed to swipe up on the ‘more videos’ section to like or dislike a video, whereas the new interface puts these features front and center while moving related videos to a button in the corner. The change is, however, only noticeable when you’re watching a video in full screen.

The new UI also makes it easy to access the mode that lets you see comments alongside the video while in landscape.

The new YouTube full-screen player is now rolling out to both iOS and Android app users.