Apple retail stores were updated today in Canada and around the world with new Smart Signs. In addition to this, Apple has updated their Apple Store app, with a new in-store mode and custom Mac ordering option. BUT, once again, the app is not available in Canada. What gives, Apple?! The Apple Store app is going live in International Stores, but as of right now it’s not available in Canadian iTunes. We’ll keep you update to see if we get included this time around!

What’s New in Version 1.3
– Enhanced in-store mode lets you get help and support quickly when youâ€™re at an Apple Retail Store.
– The ability to custom-configure a new Mac with the options you want. 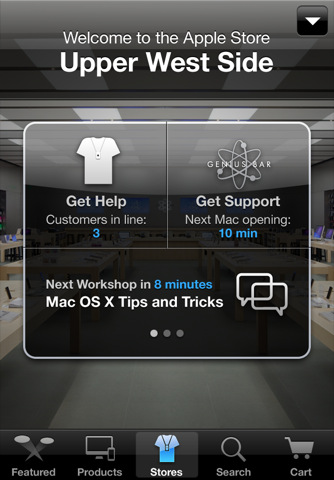 The most notable feature of this update is the new ‘enhanced in-store mode’ that will work like magic when you use the app inside Apple Retail Stores. Also, you can now custom-configure a new Mac and order it right from your phone. 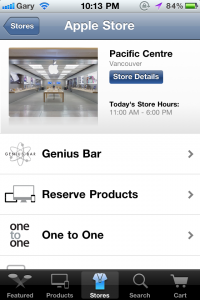 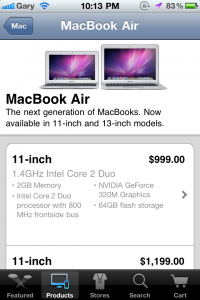 How to Download the Apple Store App in Canada

1. Create a US iTunes account using this free method or a Vanilla MasterCard gift card.
2. Search for ‘Apple Store‘ in US iTunes, and download.

The Apple Store app needs to come to Canada–considering we HAVE Apple Retail stores! I’ve used it many times to make Genius Bar reservations and get relevant store info. I’m utterly baffled and confused as to why we are left out, but then again it is an inherent part of being Canadian to wait for the latest things.

Are you using the Apple Store app?