The UPS man was prompt this morning and came by relatively early to drop off Apple’s latest iPhone SE and 9.7-inch iPad Pro, both in Rose Gold. If you follow us on Instagram, then you’ve already seen a couple pictures of the new devices. Let’s get down to our quick first impressions of these new devices.

Unboxing the Rose Gold iPhone SE almost felt like opening an iPhone 6s Plus, but instead it was Apple’s iconic iPhone 5/5s design. After using an iPhone 6/6s Plus for the past couple of years, holding the SE reminded me how much I missed holding this beautiful design one-handed. 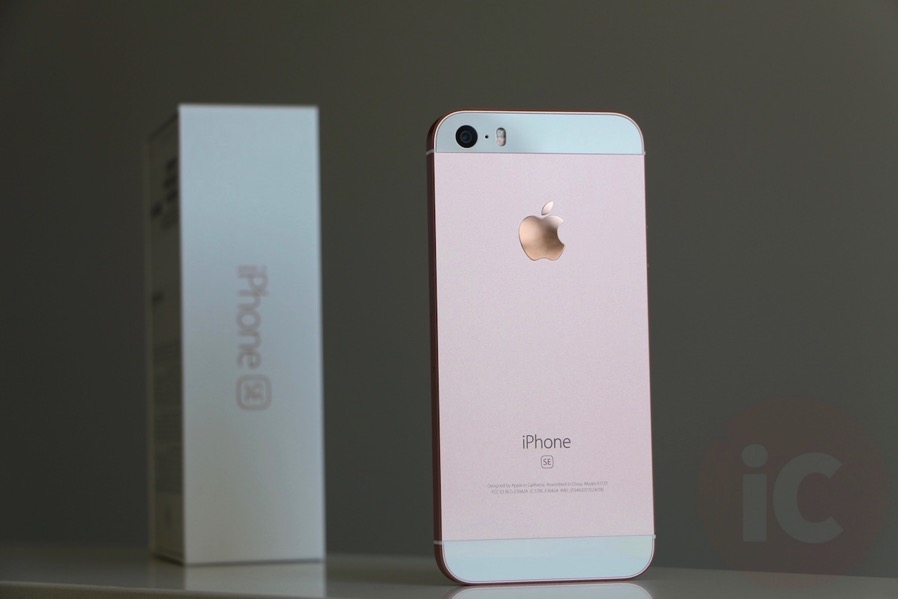 The Rose Gold looks gorgeous, with chamfered edges now sporting a matte finish instead of mirrored, and a separate shiny Apple cutout logo on the back (it was integrated before on the 5s). Seeing a flush rear camera again was a real treat as well (*cough* iPhone 6/6s).

I still own an iPhone 5s so using the iPhone SE for the first time, I immediately noticed how much faster it was compared to the older phone. It wasn’t just fast—it was frickn’ fast. Apps snapped open immediately, without delay especially the camera—parents will like this speed. Even though iPhone SE does not have 3D Touch, I still tried to press firmly on the display anyways, out of habit. 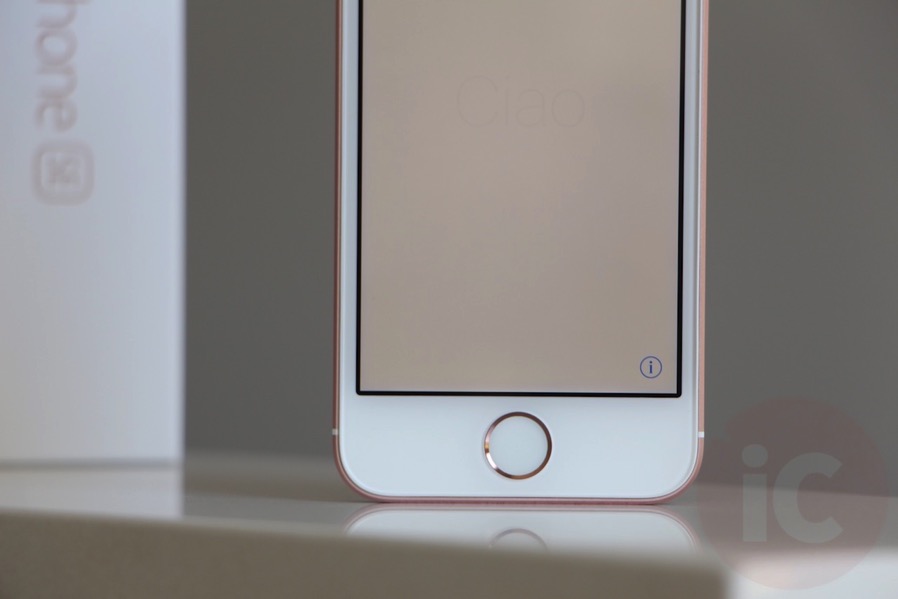 After being spoiled by the 5.5-inch screen of my iPhone 6s Plus, going back to a 4-inch display definitely takes some getting used to. The display is noticeably smaller and typing required more patience as just one of my thumbs can cover up half the phone’s keyboard. But, the smaller screen means my thumb can touch all targets of the display, without the need for the Reachability feature on the 6/6s Plus.

The only reason to get this phone is if you still want a 4-inch iPhone with the latest hardware from the iPhone 6s (except it has a 1.2MP FaceTime camera; lacks 3D Touch and has first-gen Touch ID), at a lower price. Rose Gold looks beautiful and the phone feels fantastic in the hand—and it fits in your pocket without jabbing into waist!

If you’re still hanging onto an iPhone 5, iPhone 5c or iPhone 5s, upgrading to iPhone SE will make a big difference as you get the latest hardware you’ve been waiting for. Of course, once ‘iPhone 7’ comes this fall, things will change again, but people who upgrade yearly are not the market Apple is targeting with iPhone SE. 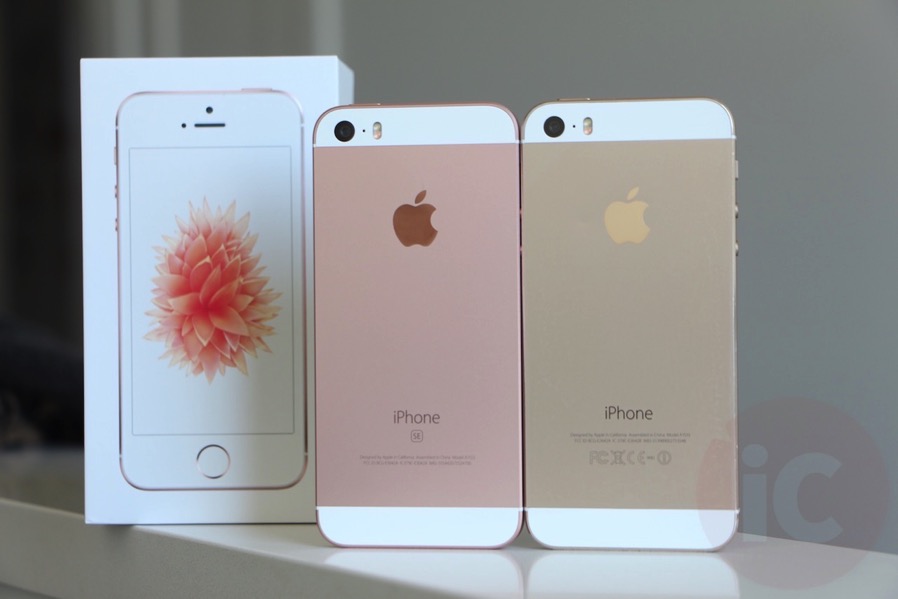 iPhone SE starts at $99 and $229 for 16GB and 64GB models from the ‘Big 3’, and can be found cheaper from regional carriers. You can bet holiday promos will offer iPhone SE for $0 on contract as it’s now the entry-level iPhone.

I have to admit I haven’t been using my iPad Air (yes, the first-gen) very often, ever since I started using an iPhone 6/6s Plus. The only time I use my iPad is when I have time to watch some Netflix (still making my way through the latest season of House of Cards, sadly) or surf the web casually at night (#parentlife). 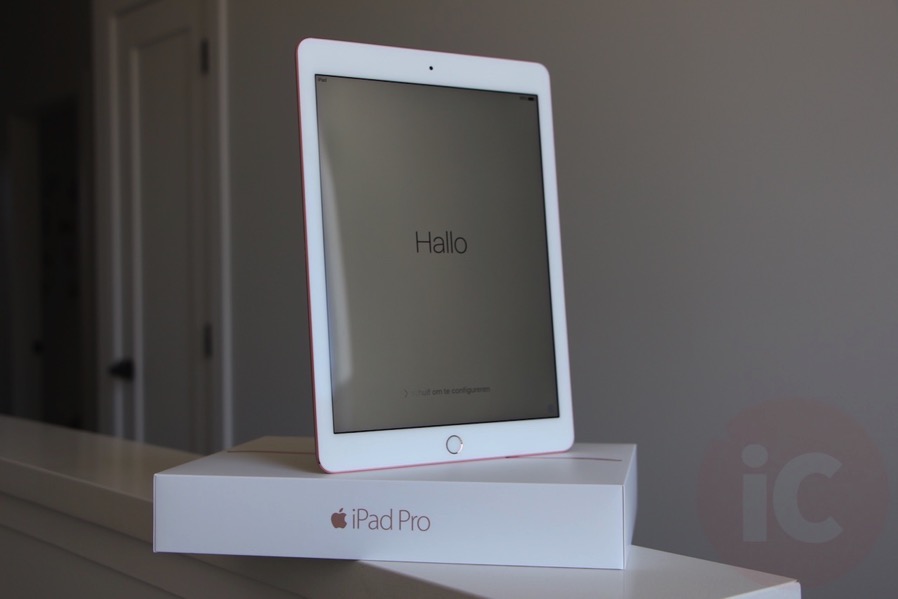 So after deciding to skip the iPad Air 2, I’ve longed for Touch ID on my iPad because I use 1Password often and unlocking my vault with my thumb is much easier versus punching in a code. Am I due for an iPad upgrade? Possibly. The 9.7-inch iPad Pro starts at $799 CAD for the 32GB model and comes packed with newer hardware features compared to the iPad Air 2.

You get a wider colour gamut (the colours on this display look amazing), True Tone which adapts the colour and intensity of the screen to match your surroundings, quad speakers (which are actually really, really loud), the A9X processor, 12MP iSight camera with 4K video, 5MP FaceTime camera, plus support for a Smart Keyboard and Apple Pencil with its new Smart Connector on the left side.

Picking up the 9.7” iPad Pro, it felt really good as again, it’s very thin and weighs the same as the iPad Air 2. The display is so thin, like the iPad Air 2, firm presses on the back can affect the front screen.

Unlike the iPhone SE, the chamfered edges on the 9.7” iPad Pro still have a mirrored finish, while on the back you’ll see a raised camera bump, something iPhone 6/6s users know all about, plus also the addition of True Tone flash. 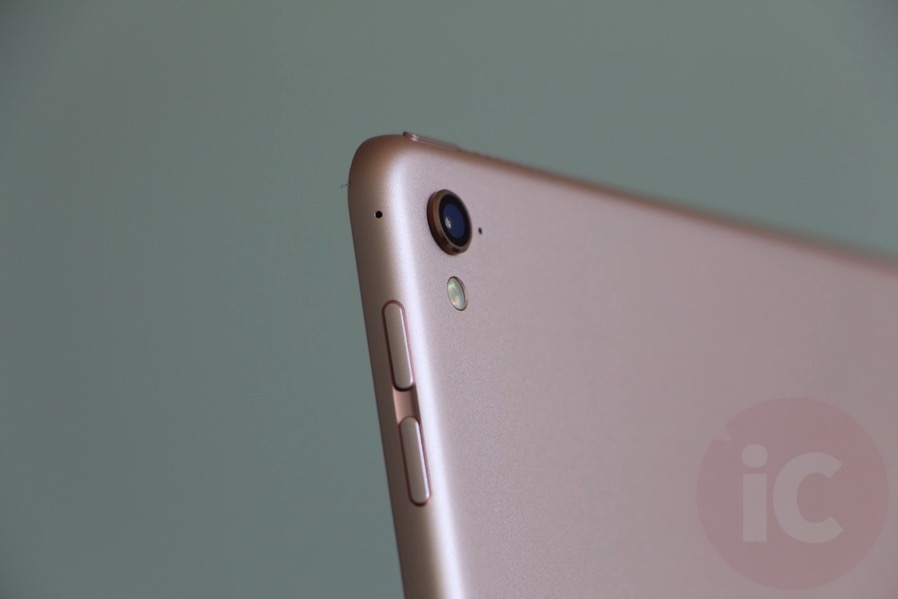 The 9.7” iPad Pro only has 2GB of RAM versus 4GB found in the 12.9-inch iPad Pro. If you’re using memory intensive apps (i.e. video editing, graphics work), this might make a difference but for the most part, this iPad is blazing fast. With iOS 9 multitasking features such as Split View, I’m wondering if this can replace my workflow. Most likely it won’t be able to, as for what I need, I still require a mouse, external keyboard and a file system. Sure, I could become a Federico Viticci from MacStories and use my iPad full-time, but I’m not ready for that yet.

If you’re going to get a 9.7-inch iPad Pro, get one in Rose Gold, so everyone knows you’re not ‘slumming’ it with an iPad Air 2, okay?

Below is a quick unboxing and hands-on video (seriously, I slapped this together so quickly) we made of the iPhone SE and 9.7-inch iPad Pro—check it out (give it a thumbs up and subscribe if you want more videos!):

I can tell you right now, I don’t think I can live with a 4-inch iPhone SE, after using the larger iPhone 6s Plus (I actually use 3D Touch a lot now, thanks developers). I love the larger screen real estate, even if that means juggling the phone one-handed. But the iPhone SE is a no-brainer upgrade for someone who likes a smaller display, as it really packs a punch for the price (even with the horrible Canadian exchange rate) and it’ll actually fit into your skinny jeans pockets and yoga pants (yes, for you too ladies).

As for the 9.7-inch iPad Pro, I am waiting to use it with the Smart Keyboard and Apple Pencil before I decide whether I’ll keep it. Because otherwise, it’s going to be one expensive Netflix and Clash of Clans machine, at $800 CAD plus tax (and well over $1K if you throwing the Smart Keyboard and Apple Pencil). That money could be better used towards a Retina MacBook Pro, if and when a refresh comes out.

How are you liking your iPhone SE and 9.7-inch iPad Pro?