I’m sure many of you have heard of the game series Grand Theft Auto from the makers of Rockstar Games.
Grand Theft Auto was first released on PC, then on Playstation, PSP and xBox consoles. Not to long ago it was released for Nintendo DSi and now its finally release for the iPhone! Wicked eh! 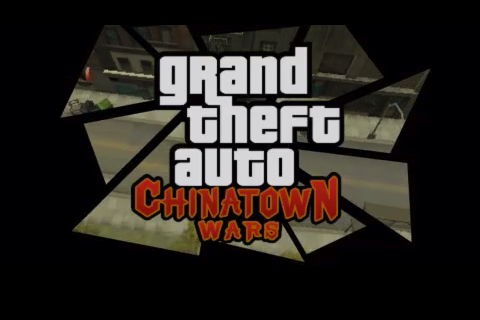 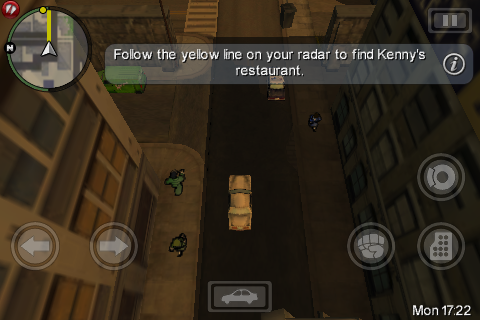 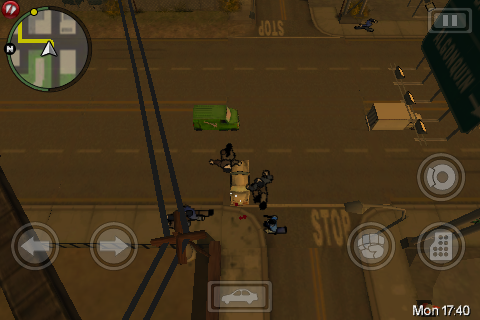 From my experience so far playing Grand Theft Auto: Chinatown Wars, I must say Rockstar Games have done an amazing job! Graphics are very good, gameplay and controls are good and responsive.
I’m not sure how many of you readers have played the PC version back in the day, but it sure feels the same. There are mini games, touch screen controls that allow you to feel like your actually doing the crime.
For example: The starting of the game you are on foot and need to high jack a car. As you follow the tutorial, there will be a specific car to high jack and once you enter the car, you get to use a screw driver and turn it back and forth until the car starts. I think this is a really cool feature!

Following his fatherâ€™s murder, Huang Lee has a simple mission: deliver an ancient sword to his Uncle Kenny to ensure his family retains control of the Triad gangs of Liberty City. Huang is a spoiled rich kid who expects everything to run smoothly, but his trip does not go exactly as planned. After being robbed and left to die, he will search for honor, riches and revenge in the most dangerous and morally bankrupt city in the world.

*Compatible with iPhone and iPod Touch Firmware 3.12 and above*

I have always loved playing the Grand Theft Auto series games for all console systems and would highly recommend anyone who also enjoys playing them to give this game a try!

Grand Theft Auto: Chinatown Wars is available in the iTunes App Store for $9.99