Koogeek’s WiFi Smart Plug Outlet, which supports Apple HomeKit and Siri, is currently on sale on Amazon.ca for $32.99, after the $10 coupon code X9E9BTSU is applied.

We actually purchased this a couple weeks ago as one of our first HomeKit products, primarily to control our Christmas tree lights, and so far it’s been excellent. What does HomeKit compatibility mean? It means the accessory integrates into the Home iOS app, plus allows you to use Siri commands to control the smart plug, and also remotely control devices using an Apple TV 3 or iPad as home hub, when you’re away from home.

Here’s what the Koogeek Smart Plug box looks like: 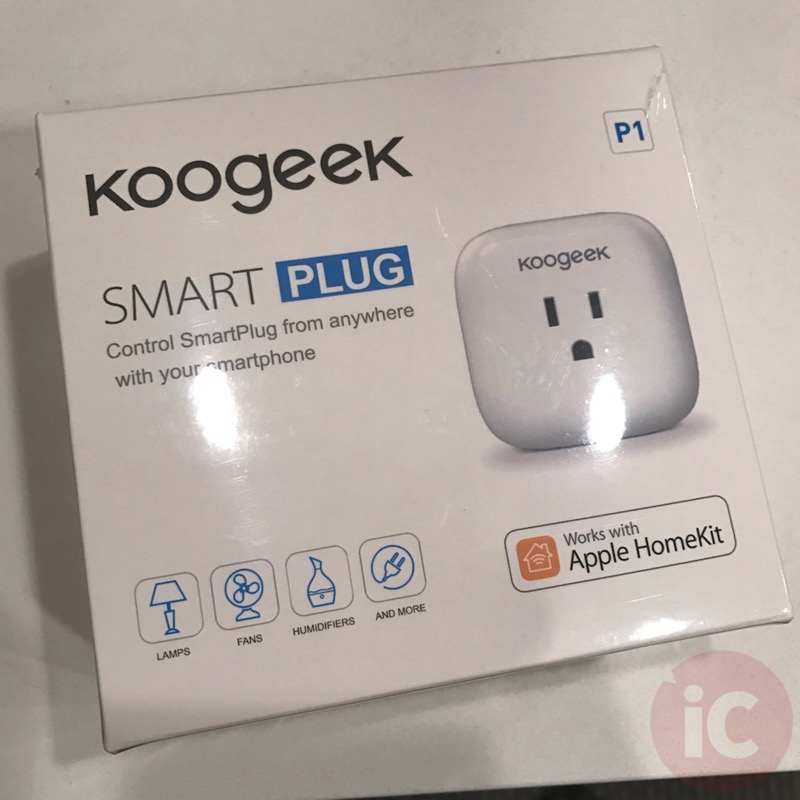 The Koogeek plug isn’t exactly small, but I can compare it to being slightly larger and thicker than an iPad wall charger. Since it’s so fat, it can actually block the top outlet from being used. In our case, we plugged a power bar into the Koogeek, which was plugged into the wall, to control both our Christmas tree and a nearby lamp. 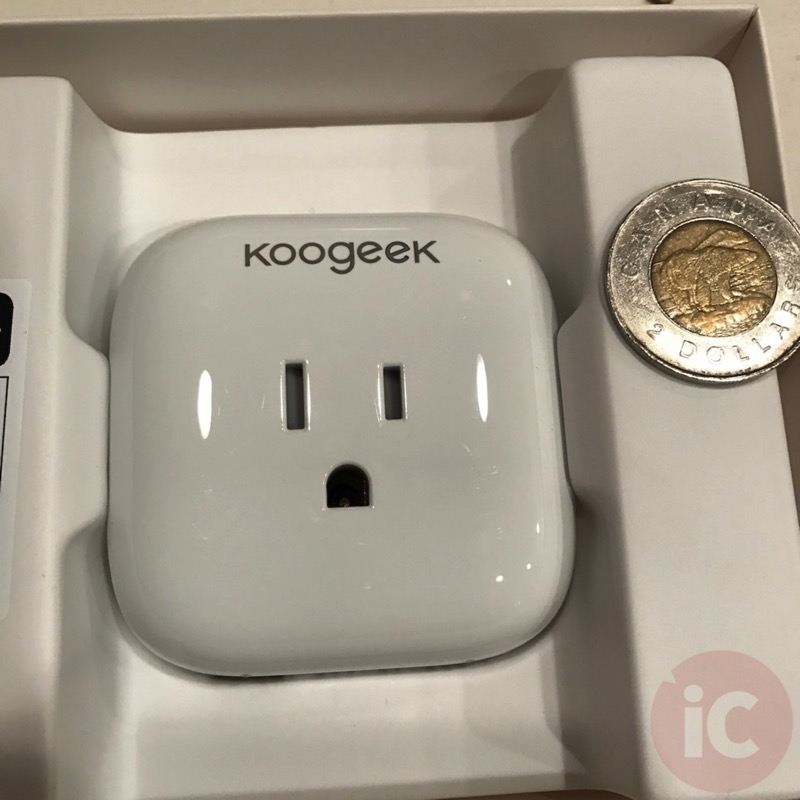 There’s a power button at the top of the unit which you will press to start the initial setup: 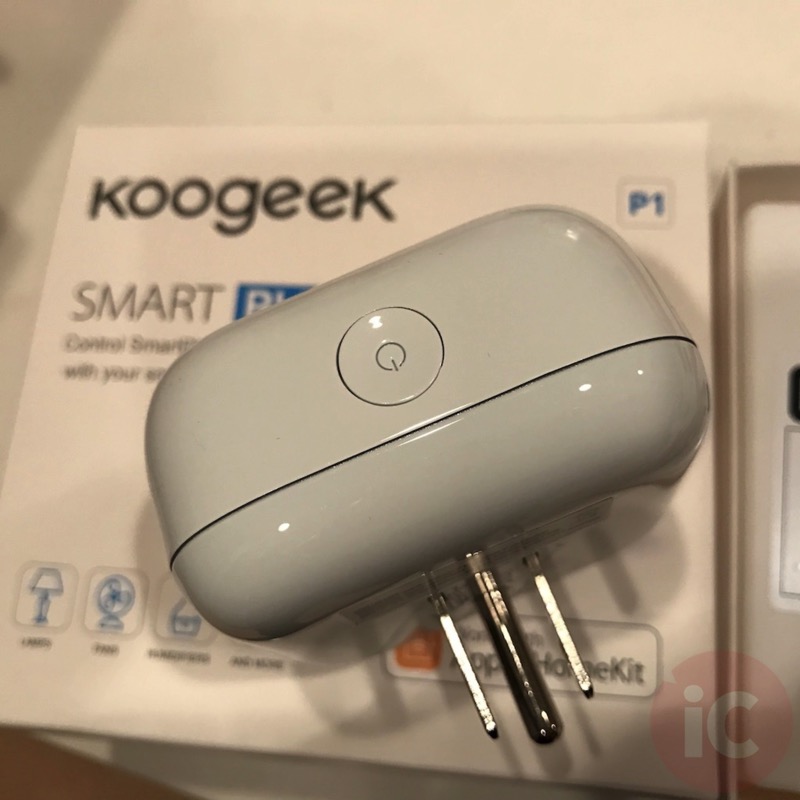 How to setup the Koogeek? First, you need to launch the Home app on your iOS device, tap the Koogeek, then scan the code that comes in the box and on the back of your smart plug, to pair. 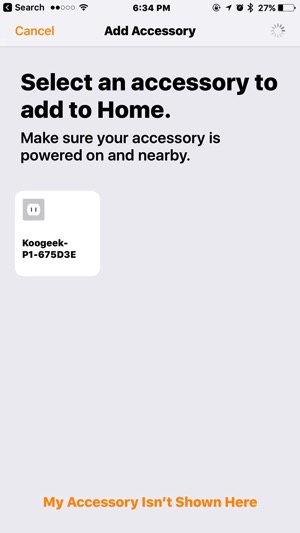 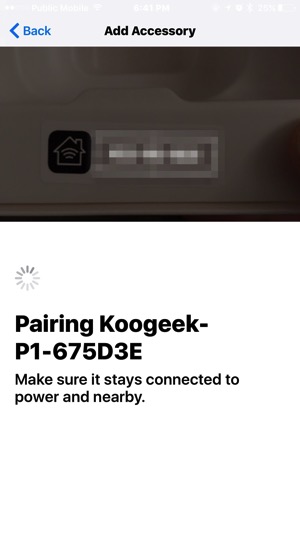 Once paired (it’ll connect to your 2.4GHz WiFi networks automatically), you can name the accessory anything you want and set a location for it: 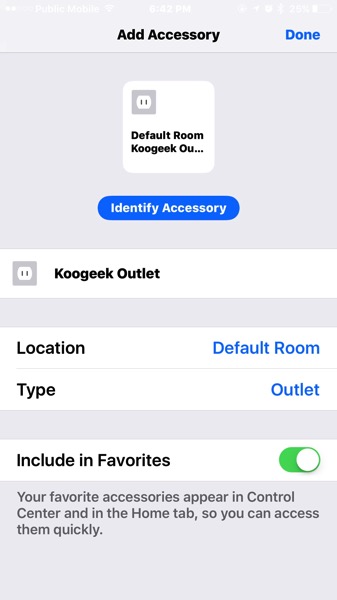 In order to customize the Siri command for the Koogeek, you need to install the latter’s iOS app and configure it there. You need to edit a scene (tap the four dots), then from here, type in what you want Siri to recognize. In our example below, saying “Good evening” to Siri will turn on the Koogeek. 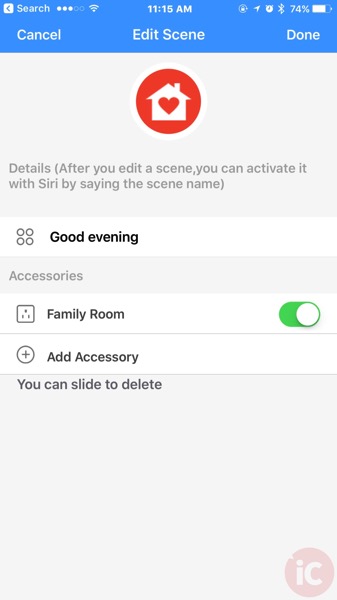 Of course, you can also setup schedules and such for your Koogeek, done within the latter’s app under ‘Setting Timer’.

The Koogeek also monitors your energy use as well by month and breakdowns by day. Here’s our power consumption below: 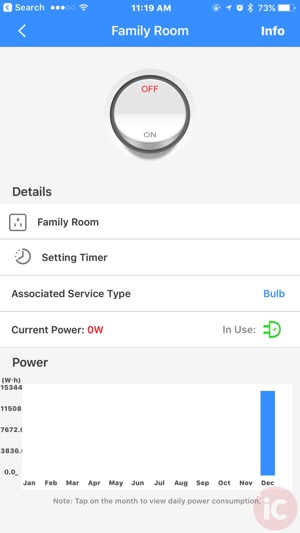 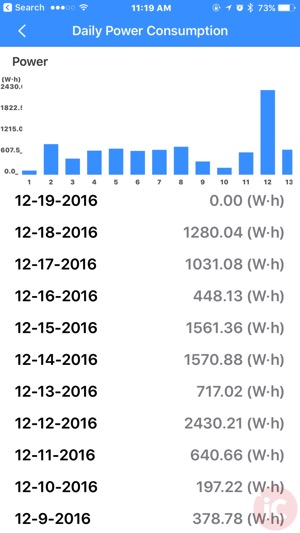 If you have an Apple TV 3 or newer or iPad, they can act as a HomeKit hub, which will let you remotely access your HomeKit devices.

How to set this up Apple TV or iPad as your HomeKit Home Hub?

For Apple TV 3 or newer, you need to have two-factor authentication enabled for your Apple ID. Next, go to iCloud and ensure iCloud Keychain is ON. Then, on your Apple TV, go to Settings > Accounts and ensure you are logged into iCloud with the same Apple ID as your iOS device.

Apple TV will automatically set itself up as a home hub once you sign into iCloud. You can check this by going to Settings > Accounts > iCloud and look under HomeKit to see if you’re connected. Apple has more details on home hub setup here.

Overall, once you get over the initial setup, the Koogeek is pretty neat to use as it integrates well with Apple HomeKit. We can now turn on our Christmas tree with Siri using Apple Watch or my iPhone, which is pretty convenient.

Aside from its larger its large physical footprint, it works exactly as advertised. Without the $10 coupon, it’s expensive compared to non-HomeKit compatible smart plugs. But we decided to pay extra for HomeKit, because Siri support is priceless and a huge time saver versus launching yet another separate app.

Click here to jump on the Koogeek Smart Plug with HomeKit support for $32.99 after $10 coupon code X9E9BTSU is applied on Amazon.ca.