Finding a good TV is arguably just as important as finding a good bed. On top of that, when you do find that TV that wows you, you never want to turn it off. That’s exactly how I felt when I began using LG’s C1 OLED (OLED48C1).

With streaming services now prioritizing 4K HDR content and the new console generation in full swing, with support of up to 4K @ 120FPS, a TV of a high calibre is becoming increasingly more essential. LG’s 48-inch 2021 OLED C1 covers exactly what you need to get the best possible UHD OLED display, all the while presenting it in a modern, sensible design.

The C1 does come with a higher price tag, and consideration must be taken into account for its 48-inch size. That said, if those concessions fit your budget and living space, there’s very little reason why the LG C1 shouldn’t be taken into consideration when upgrading to a new display.

Breaking Out the C1

When unboxing the 2021 OLED C1, it’s hard to say that LG has made any radical leaps in design when compared to last year’s CX. This is not necessarily a bad thing, especially if you are coming in brand new to LG’s C-series. The C1 is fairly lightweight for its size. It’s demonstrably thin, to a degree that’s almost scary. The thickness of its display is less than a smartphone. The bottom half is where LG houses all the internal components, ports, and power supply, which of course impacts the thickness when looking at the C1 from the side. Though, it’s still impressive to see how thin LG is able to design its latest tentpole display. 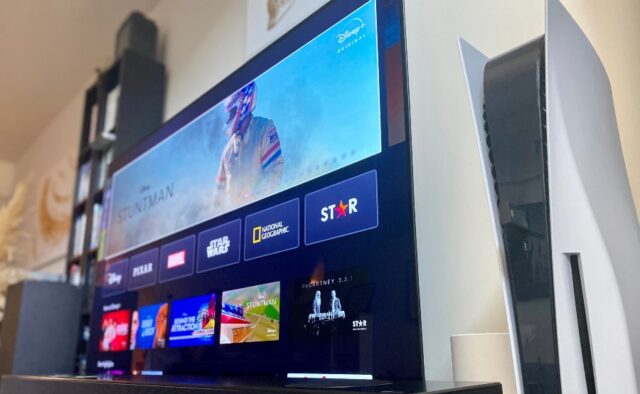 Securing to the bottom, LG continues to utilize the simple, yet effective silver base stand. I’m a huge fan of this stand not only because of its looks but its practical use. It is my preferred stand solution over the three-point stands other displays use. Additionally, the curvature of the base is used to bounce the sound coming from the C1’s speakers out towards the viewer. Of course, you can mount the C1. From the front, the display is quite minimalist, with barely a noticeable bezel. So, whether it’s placed on a media centre or on your wall, the C1 will comfortably blend into your living space with little fuss.

Onto the ports and other bells and whistles, which is of course a draw for many of us. The LG C1 does not disappoint. It features four, yes four, HDMI 2.1 ports. As HDMI 2.1 is playing an important role in the new console generation, having four at your disposal means you can plug in your Xbox Series X, PlayStation 5 and still have room for two more devices that support 4K at 144Hz. Plus, one of the four HDMI ports does support eARC/ARC. Additionally, the C1 sports three USB ports, an RF tuner, optical digital audio output, and a ethernet port. On top of all that, the C1 supports Wi-Fi and Bluetooth as expected.

The LG C1 OLED comes with the LG Magic Remote, which has become a staple in LG’s TV sphere. Powered by a pair of AA batteries, the LG Magic Remote has Bluetooth capabilities and has a built-in microphone for various voice commands via Google Assistant and Amazon Alexa. 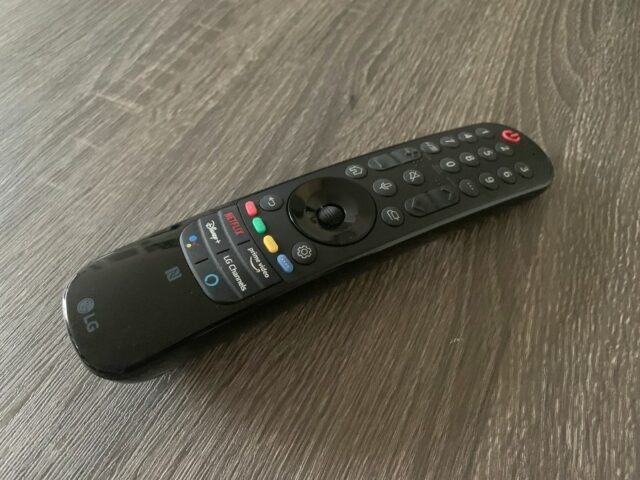 Where the remote gets its “Magic” name from is that it also has optional motion controls so you can select menu options as if you were using a Nintendo Wii. Truthfully, I’ve never fully committed to using the remote’s motion controls. My brain typically defaults to using the scroll wheel and directional pad for navigation. Also, the LG Magic Remote has four quick access buttons for LG Channels, Netflix, Disney+, and Prime Video.

Just like the LG Magic Remote, the company’s WebOS is another staple to the TV experience. For anyone familiar with LG TVs in the past and WebOS, the improvements this year may seem minimal but they do a lot for customization and ease of use. For the uninitiated, WebOS is the backbone to LG’s TVs. The power of the OS gives LG’s displays a quick way to fire up the home screen, select various apps, and navigate the settings and outputs.

The updates WebOS doesn’t reinvent the wheel this year. Though, I was treated to a new homescreen. It features more rows for customization, which was awesome. Because LG doesn’t have to be committed to a single partner, WebOS integrates features and apps from partners like Amazon, Google, Apple, and more. Having access to build your homescreen with the aforementioned apps, Apple TV+, and other of the more niche streaming services available. You can also add helpful widgets to your homescreen like the weather, which the smart TV will track using your postal code.

Bar none, the LG C1 OLED offered the best viewing experience I’ve had with a smart TV. While the improvements in display quality are very minimal, the OLED panel utilized in the C1 offers a crisp and defined picture quality when streaming 4K content or while playing games. The display also provides support for Dolby Vision, HDR10, and HLG, making it a well rounded model for your living space. 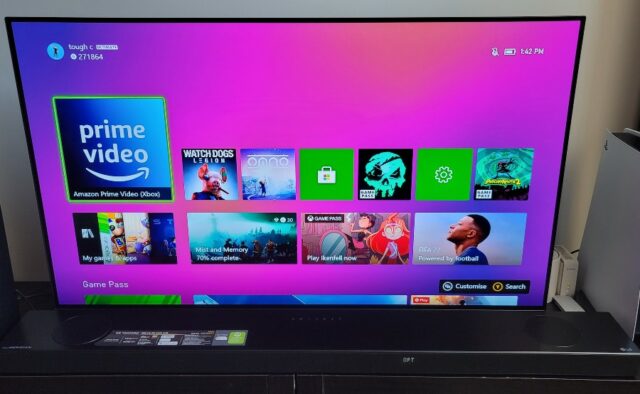 The LG C1 offers a rich contrast in colours and deep blacks. While the 55-inch Samsung MU7000 UHD TV I’ve had for some time now has served me well, the stark improvements the C1 has in display quality are readily apparent. For comparison, my Samsung’s display looks washed out and saturated. The C1 is able to display a more accurate and defined range of colours.

This console generation is really focused on 4K visuals while providing options for 60FPS and 120FPS. However, in order to gain 120FPS, an HDMI 2.1 port is required to output 120Hz. The C1 makes a wonderful companion to the Xbox Series X/S and PlayStation 5 for this reason. LG has also utilized Nvidia G-Sync and AMD FreeSync support to provide an unparalleled viewing experience. On top of all this, I noticed that the C1 had a surprisingly low input lag, which was phenomenal when playing more competitive games like Apex Legends or Call of Duty: Warzone. LG has implemented its Auto Low Latency Mode. When used, the display will automatically adjust to its Game Mode when a console is detected.

The one noticeable downside I experienced when using the C1 during the day was the glare. The screen on its own did give off quite a glare from the nearby window. This isn’t really an issue when the screen is displaying bright colours. But during dark screens, it’s fairly noticeable. On the flip side, watching at night, the colours really pop off the screen.
All of the behind the scenes power is thanks to LG’s 4th Gen Alpha 9 image processor.

I can’t help but recommend the C1 to anyone looking to substantially upgrade their central display. Whether it’s movie night, game night, or bringing through ‘White Lotus’ on Crave, the C1 has raised the bar on what a viewing experience should be like on an OLED display.

That all being said, the display is a high-end option on the market. Therefore, there is a steep cost attached to the C1. The 48-inch C1 typically retails for $1,800 CAD. However, the C1 is offered in 55, 65, 77, and 83-inch models as well and can reach a price tag upwards of $9,500 CAD. If you’re making the transition from last year’s CX, the differences in picture quality or design are very minimal. However, if you’ve been thinking of upgrading from your 4-year-old 4K display (or older), the C1 should be on your radar. 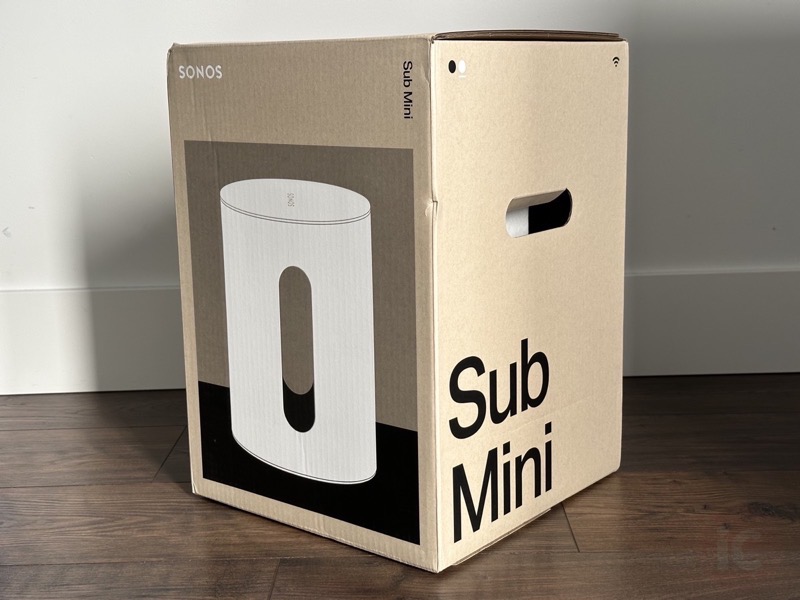 Earlier this month, Sonos announced its all-new Sub Mini, a new subwoofer that is targeting small to medium-sized rooms. We got the chance to try out the new Sub Mini in white (it’s a matte finish) over the past week or so, and here’s our review after testing it with the Sonos Beam, and also […]
Gary Ng
1 hour ago