On the latest Tesla Engage page on its website, Tesla is asking its fans in Canada to speak to their members of Parliament about supporting the country’s 2030 EV Action Plan, Tesla North is reporting. 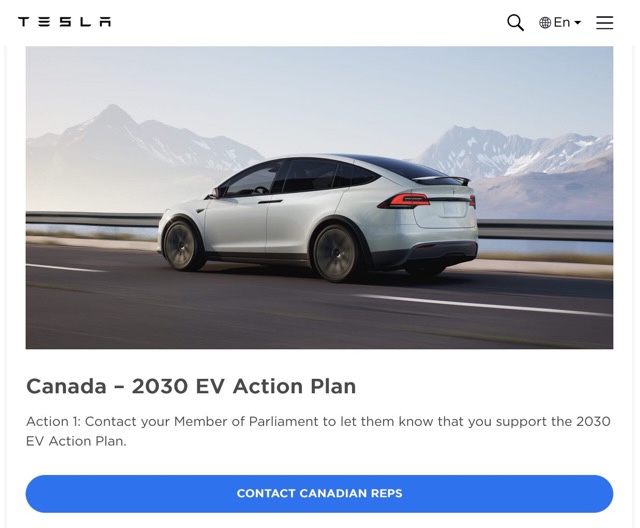 “We need your help in getting this plan adopted by the government. Make your voice heard today, and let your Member of Parliament know what this would mean to you,” notes Tesla on its website.

The Action Plan, which was launched by Canada’s EV advocacy group Electric Mobility Canada, seeks to make 100% of passenger vehicles sales and medium and heavy-duty truck sales electric by 2030.

If adopted by the government, the program would also double down on a used EV sales program to help increase EV adoption amongst low and modest-income households.