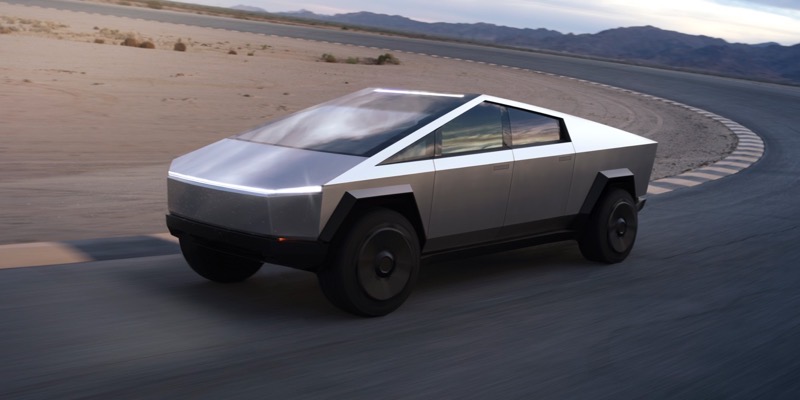 This afternoon, Musk announced on Twitter there have been 146,000 Cybertruck orders already, with 83% of orders for dual-motor and tri-motor configurations combined.

The Tesla Cybertruck starts at $39,900 USD, or about $53,000 CAD after current exchange rates. A pre-order can be placed with a $150 CAD refundable deposit. The math works out to $14.6 million USD in deposits so far. That’s a nice little loan for Tesla, which won’t be producing the Cybertruck until late 2021.

Tesla released a trailer for the Cybertruck today on its YouTube channel. The hilarious video description reads, “I’m gonna tell my kids this is the first pick-up.”

The Cybertruck’s unique design has resulted in some hilarious memes. Thank you, Internet.

i’m gonna tell my kids this was the new tesla #Cybertruck pic.twitter.com/7ctpzQZuEa

Glass window: *Is made of glass*

What was really supposed to happen, according to Elon:

Franz throws steel ball at Cybertruck window right before launch. Guess we have some improvements to make before production haha. pic.twitter.com/eB0o4tlPoz