For Tesla fans, they’re probably aware of the unofficial ‘Tesla Model 3 Road Trip’ that started last month by You You Xue, a Tesla owner who also owns an Model S P85 and P100D (he lives in the UK). The new owner of a Tesla Model 3 has been driving across the USA and recently into Canada, sharing his new car with strangers and offering test drives (for $10 donations or so).

He recently reached Canada and has been experiencing a savage Canadian winter, hitting up Lévis and Montréal in Quebec, plus Ottawa, Kingston and Toronto (this morning at 3AM!) in Ontario. He finally had to ditch his ‘all season’ tires for winter tires while in Quebec. 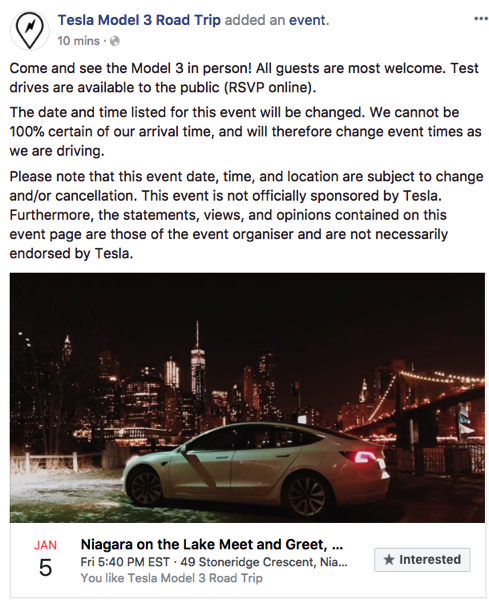 Here’s a map of where he’s driven so far as of yesterday, after starting in San Francisco, California, as posted to his frequently updated Facebook page: 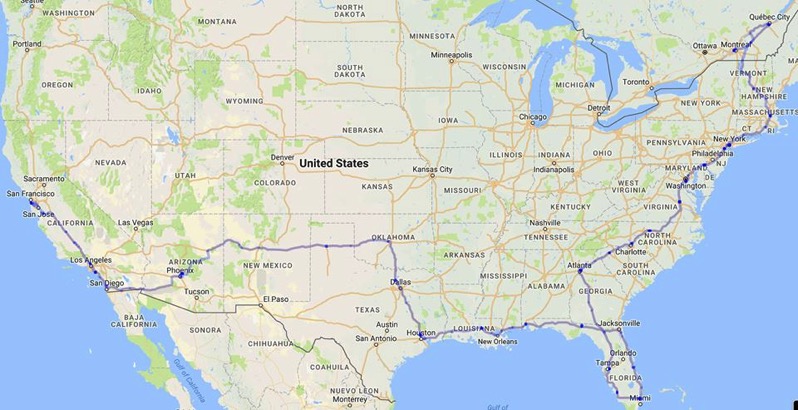 Upcoming meets include today at Niagara Falls and a later event in Vancouver, BC, once he reaches the west coast through the USA.

Below are a couple videos showcasing the enthusiasm Canadians have had for this unofficial Tesla Model 3 road trip:

Throughout his travels, Xue has been documenting software glitches and other bugs his Tesla Model 3 has been facing, but overall he says he enjoys the car and it’s been great for the trip.

The unofficial road trip by Xue has become somewhat of a Tesla cult movement, with each meet up getting bigger and bigger. He had a friend as a co pilot but once he reached the east coast, he has been doing the trip solo, assisted by Autopilot on the Tesla.

By the time Xue had reached Montreal, his Tesla Model 3 had reached over 11,000 km in 12 days and offered over 250 test drives to strangers, according to Electrek, which met up with the tour along with 100+ others, his largest crowd to date:

So far, Xue’s Tesla has logged the most kilometres out of any new Tesla Model 3 owner, outside of the company. Let us know if you met up with You You at any of his Canadian stops. It’s clear Canadians are excited about the Model 3, despite the latter still facing production delays.