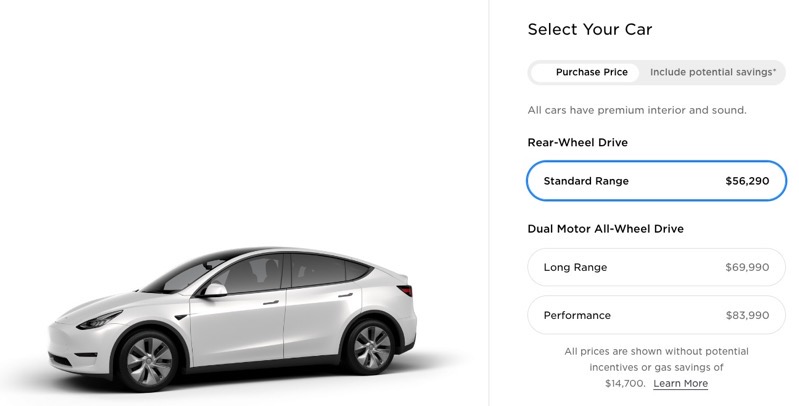 The Model Y RWD should appeal to more buyers, considering it’s cheaper than the AWD Long Range version starting at $69,990 CAD, a difference of $13,700 CAD. For Canadian winters, the Standard Range might be limited for those travelling long distances frequently.

Also available is the 7-seat add-on for $4,000 CAD, which adds a third row and two seats for (small) passengers.

It’s also worth noting for the Standard Range Model Y, it includes the premium interior and audio, that is included when one pays for the black and white interior upgrade.

Tesla’s website is showing delivery times of 2-5 weeks for the Model Y RWD version for Canadians, as of writing.

You can check out a leak of Model Y 7-seat pictures here.