The province of New Brunswick now has its first Tesla Supercharger online in Aulac, which went online this morning.

According to members of the Tesla Motors Club, the supercharger station with eight stalls now works and Tesla customers are already at the site charging their vehicles. The site had Tesla employees finishing up on the station last week, which was apparently ready to go live this Wednesday, but is now live today. 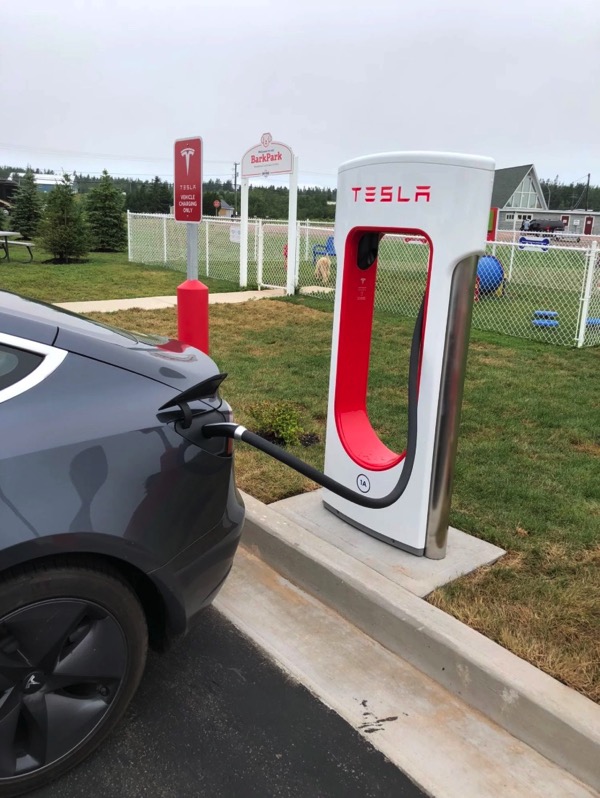 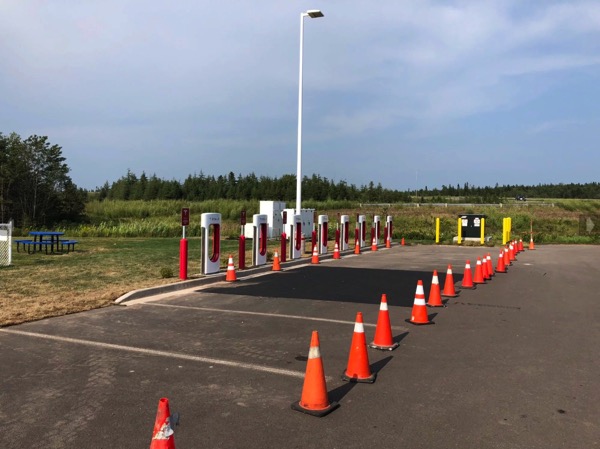 The Aulac Tesla Supercharger is located at Hwy 2, 2×2, near the Big Stop Restaurant and Circle K, by the entrance to the BarkPark. Construction on the site started in late May.

The Tesla website should be updated shortly to reflect the new Supercharger station now online.

The launch of the Aulac Tesla Supercharger—located 35 minutes southwest of Moncton—is the first of six Tesla charging locations to go online in New Brunswick. Others are slated for Edmunston, Fredericton, Moncton, Saint John and Woodstock.