After a permit was issued for the Supercharging station back in August, construction started in early October, and as of this morning, November 16, the station went online.

Tesla Motors Club forum user, Xfaktor, posted the following image of the live Supercharger station this morning at 8:50 AM, along with an image showing his Model 3 was indeed charging at the location: 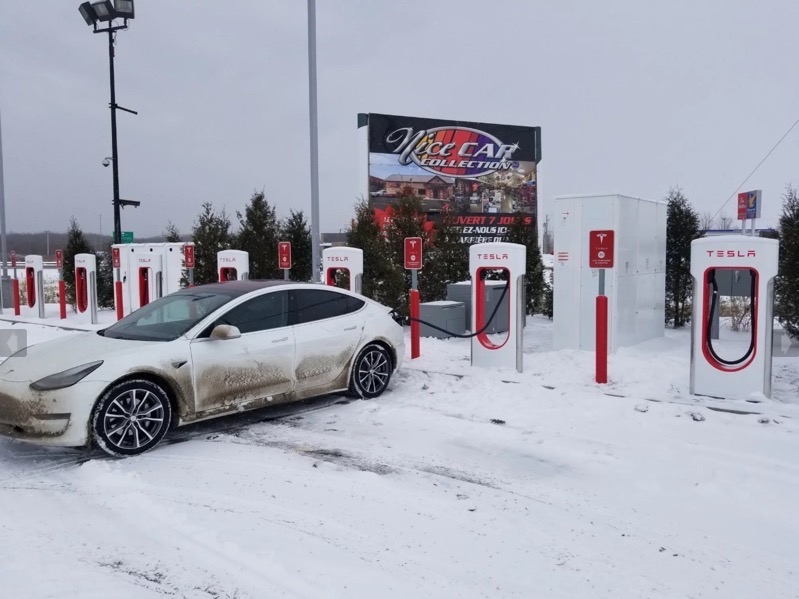 There are ten Tesla Supercharger stalls at this location, which has a Subway, Tim Hortons and McDonald’s nearby, along with other amenities: 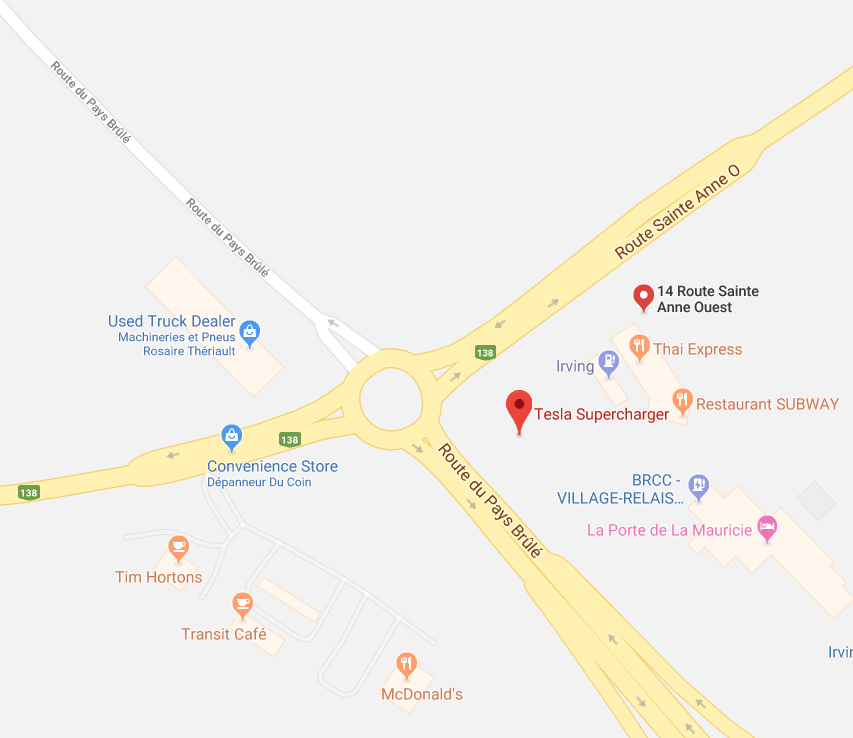 The Yamachiche Supercharger isn’t even listed on Tesla Canada’s website of Superchargers yet, but expect that to get updated soon. The location is 89 kilometres northeast of the Tesla Superchargers in Drummondville, while 22 minutes away from a future Supercharger station coming soon in Trois-Rivières.