Apple Canada Has Refurb Apple Watch Models Back in Stock, Starting at $279

Apple is expected to launch a new fourth-generation Apple Watch this fall, which means prices for existing models will most likely decrease again. But if you want to save even more, Apple Canada’s online refurbished store has just restocked various Apple Watch models, starting at $279 for Series 1. 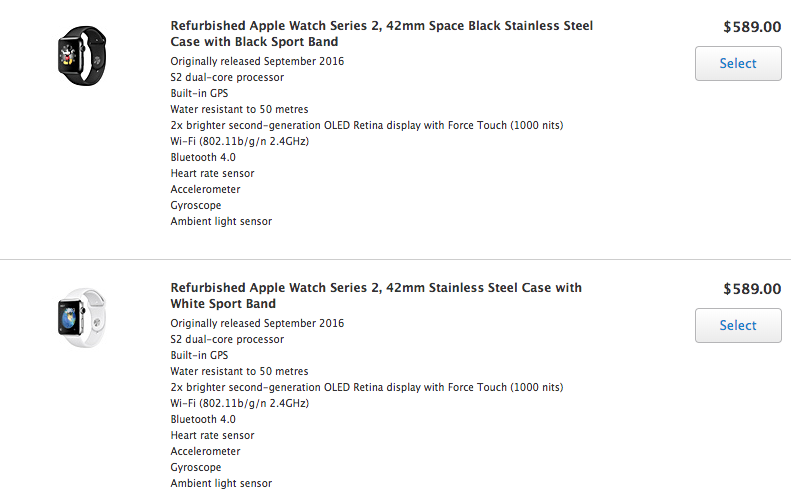 Here’s what’s available as of writing:

At this point into the Apple Watch life cycle, don’t bother with a Series 1, get Series 2 if you can pony up the extra cash, as it has some extra pep in it.

All refurbished Apple Watch models include the magnetic charging cable and a new white box, along with the standard one year warranty. Supplies are limited so don’t delay if you’ve been waiting.

YouTuber and tech gore creator TechRax took it upon himself to give Apple's new iPhone 14 Pro a facelift in a recent video. "I can't stand the protruding camera bump," he said, preparing to saw it off. The camera island on the back of this year's iPhone 14 Pro models is larger in all directions than the...
Nehal Malik
4 days ago