Earlier this month, refurbished Apple Watch Series 1 and 2 models hit Apple.ca for the first time, but was limited to the more expensive stainless steel models. But as of this morning, the popular aluminum models are now available in both models. 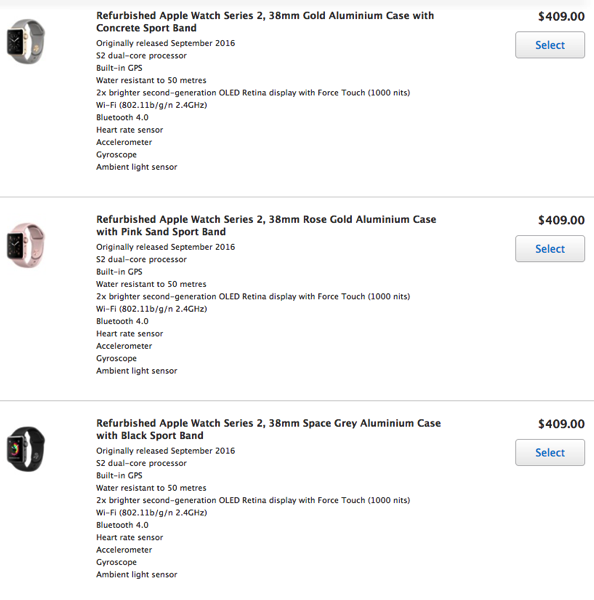 Also available now is the 42mm Apple Watch Series 2 in Space Black Stainless Steel, which was only available before in 38mm. If you’ve been waiting for a Rose Gold Apple Watch for your wife, that $409 Series 2 does look enticing.

Buying a refurbished Apple Watch is just smart, as you get to save money on a product that is literally good as new, and comes with a one-year warranty. These won’t last long, so jump on stock while you can.

There’s a major Black Friday deal coming from Sport Chek that is offering up 50x back in Canadian Tire Money, when you buy an Apple Watch from November 24 to December 7, 2022. These bonus CT Money events coupled with Apple Watch are the best time to purchase one of the latter, as you’ll get […]
IIC Deals
3 weeks ago