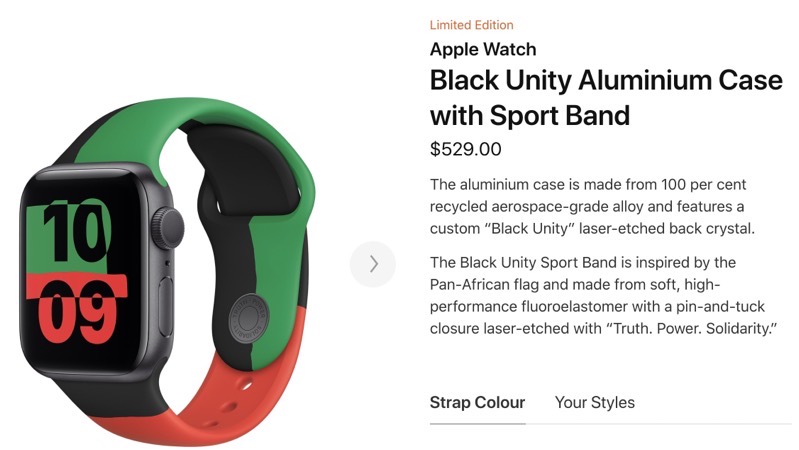 “The Black Unity Collection pays homage to the rich tradition and craft of quilting in the Black community and celebrates the colours of the Pan-African flag: red for the blood that unites people of the African Diaspora and was shed for their liberation, black for the people whose existence is affirmed by the flag, and green for the vibrant natural wealth of Africa, the Motherland,” explains Apple.

Apple Watch Black Unity includes “a symbolic strap inspired by the Pan-African flag,” and has a laser-etched closure that reads, “truth, power, solidarity”. The back of the case has ‘black unity’ laser-etched as well.

Today also is the launch of a new Unity Activity Challenge, where if you close your  Move ring seven days in a row during February, you get a limited-edition award.