Health Canada: We Have Not Received an Application for Apple Watch EKG Feature

While Canadians are patiently (or impatiently) waiting for Apple to bring their Apple Watch Series 4 ECG app here, the iPhone-maker has to get approval from Health Canada first. The ECG app launched yesterday with the release of watchOS 5.1.2 in the United States.

According to Health Canada’s latest update, the federal government body replied to our inquiry to say, “To date, Health Canada has not received an application for the Apple Watch Series 4 with the EKG feature. The decision to submit a medical device licence application rests with the manufacturer.” 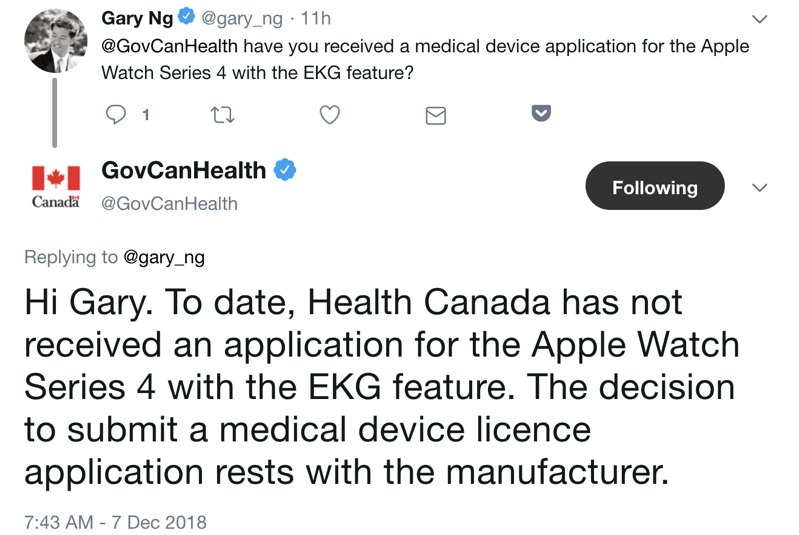 Hi Gary. To date, Health Canada has not received an application for the Apple Watch Series 4 with the EKG feature. The decision to submit a medical device licence application rests with the manufacturer.

The only way Canadians can use the ECG app is with an Apple Watch Series 4 purchased in the United States. Some Canadians who happened to have purchased their Series 4 in the USA have been able to use it outside the country.