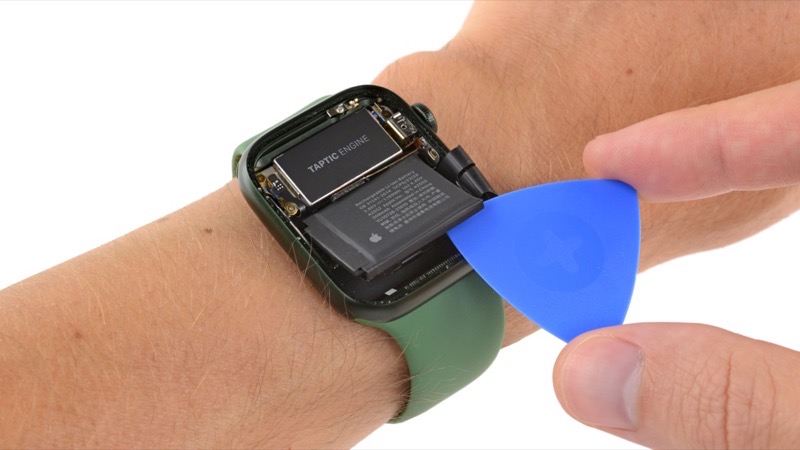 The teardown gives us a look at the new display, the same S7 chip as its predecessor and a closer look at the battery.

The picture below shows the new Series 7 on the left, which now has a 309mAh battery, an increase from the 303.8mAh battery in the Series 6 (right). We also get a look at the Taptic Engine as well: 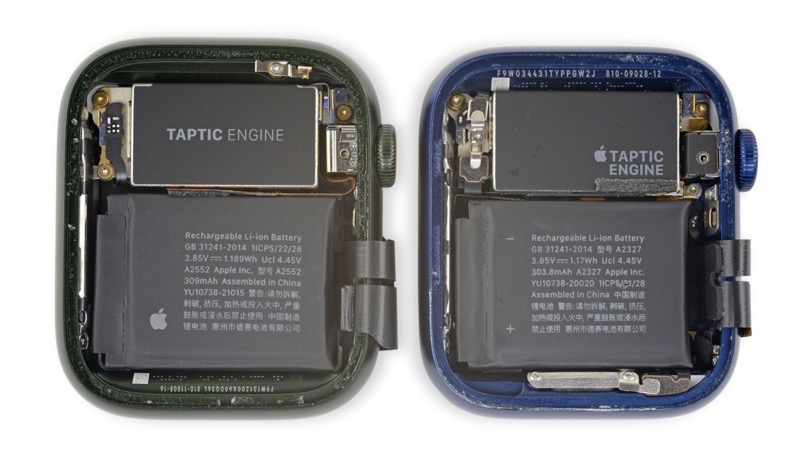 This image below shows the S7 chip in Apple Watch Series 7, the same as before: 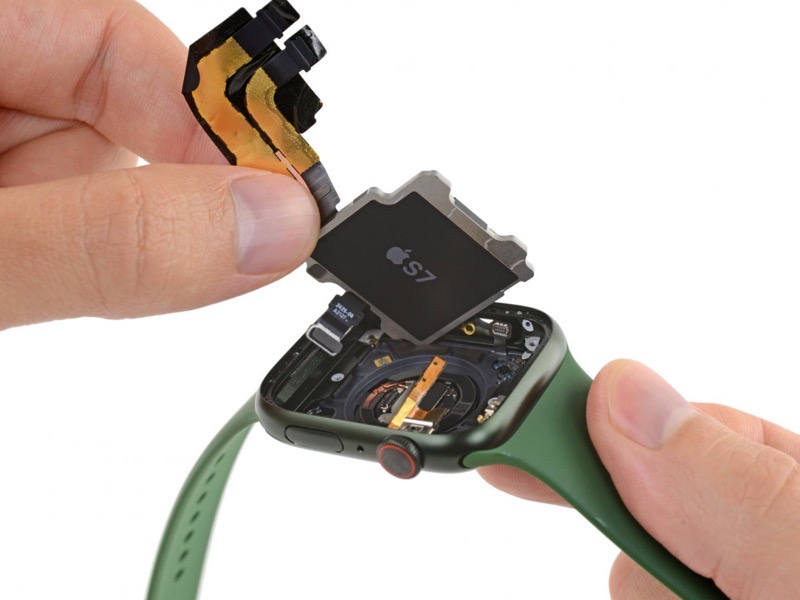 iFixit says the new display uses “on-cell touch technology, similar to what Apple introduced in the iPhone 13.” The company said, “that’s a bit of a reversal—ordinarily the watch gets new display tech first as it’s a much lower-volume product.”

The physical diagnostics port has been removed from Apple Watch Series 7.

As for the Series 7 repairability score? The watch earned a 6/10, noting screen and battery replacements are still possible with Apple Watch Series 7.

Click here to check out Apple Watch Series 7 on Apple.ca.