If you’re a Sonos user and has an Apple Watch, you’re probably wondering where an app is for the smartwatch to remotely control and manage your audio setup.

In an email response to iPhone in Canada reader Devin, the company’s Canadian CEO, Patrick Spence, explained an Apple Watch app is not in development “right now”, despite an early prototype of the app was in the works: 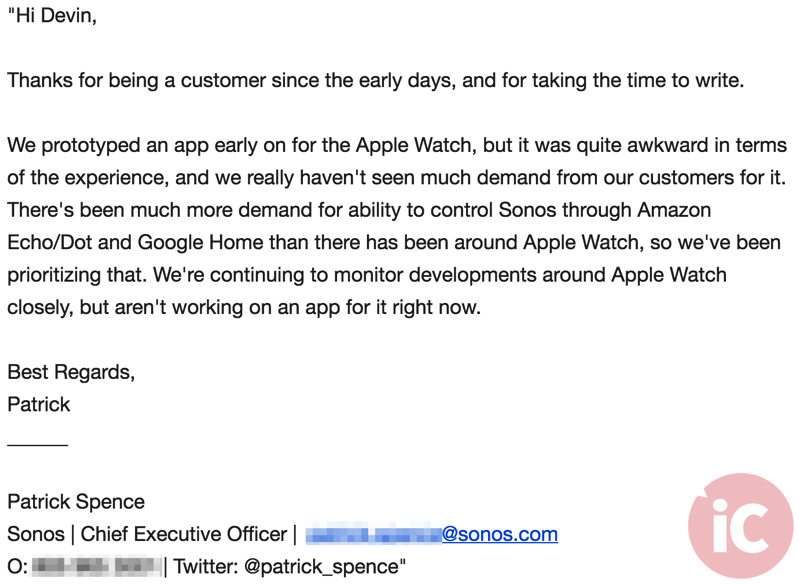 Spence said they haven’t seen much demand from customers for an Apple Watch app, but rather more interest for support from Amazon Echo/Dot and Google Home users, which are now getting priority. He concluded to say the company is “continuing to monitor developments around Apple Watch closely,” but no app is in development at the moment.

The current Sonos Controller iOS app supports iPhone and iPad, but lacks Apple Watch and Apple TV 4 support. We’ve inquired about support for the latter and more. Are you waiting for a Sonos Apple Watch app? If you want it, definitely contact the company to let them know.