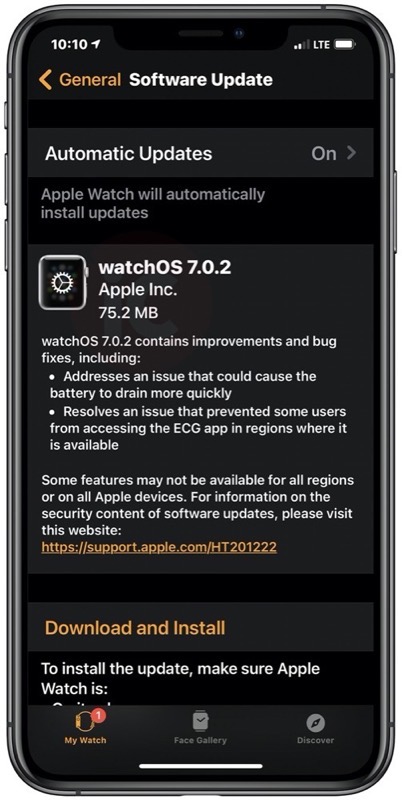 You can download watchOS 7.0.2 right now by launching the Watch app on your iPhone, then going to General > Software Update.