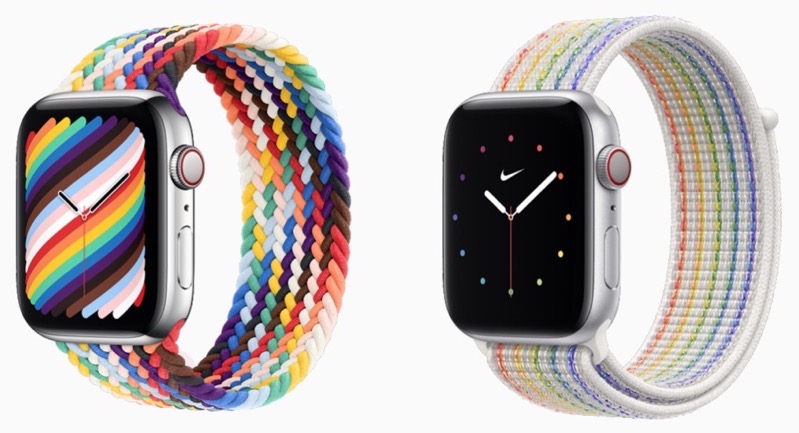 Last week Apple announced two new Apple Watch Pride Edition bands and they are now available to purchase in Canada and beyond.

The Pride Edition Braided Solo Loop has rainbow colours made from “stretchable recycled yarn interwoven with silicon threads.” It is accompanied by the new Pride Watch Face, which animates when you scroll the Digital Crown or raise your wrist.

For the first time, an App Clip is available on the packaging to allow customers to quickly and easily download the new matching watch face.

You can buy the Pride Edition Braided Solo Loop for $119 CAD on Apple.ca.

The Pride Edition Nike Sport Loop has six colours of the rainbow and is made with reflective yarn for night workouts. It is joined with a matching Nike watch face.

You can buy the Pride Edition Nike Sport Loop for $59 CAD on Apple.ca.

Check out an early unboxing of these new bands below and some additional images:

“On many fronts, Apple supports the ongoing and unfinished work of equality for diverse and intersectional communities, and we want to provide every opportunity to celebrate and honor this history during Pride season,” said Apple CEO Tim Cook last week.