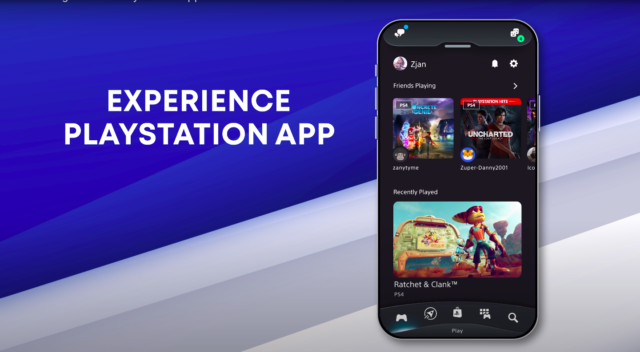 Sony has rolled out the new PlayStation app, which features a brand new user interface as well as other integrated core features. Ahead of the launch of the PlayStation 5, users can now download the update on iOS and Android.

The updated PlayStation app has been refined to create a better user experience, giving players more ways to connect with their friends while playing and enabling easier access to favourite PlayStation games. Via a PlayStation blog post, Senior Vice President, Platform Planning & Management Hideaki Nishino broke down the features that have been integrated into the app.

Right off the bat, the first thing that should catch your eye is the app’s new UI. Nishino explains that the app’s home screen now lets you easily see what your friends are playing and access details on recently played games. For Trophy hunters, the home screen also integrates a way to easily gain access to your Trophy list.

Voice chats and party groups of up to 15 people can now be made directly through the app. Sony also notes that the team has been listening to the feedback given since the PS4 8.00 software update, which spun concerns over voice chat recordings.

Sony has fully integrated the PS Store into the app. Now, players can natively browse and shop for the latest PlayStation games with a smoother experience. The app also enables users to remotely download games and DLC to their PS4 and PS5 consoles from the app.

The new app will also have integrated features designed specifically for the PS5. Upon the launch of the console, players can use the app to manage internal storage, remotely launch into a game, and sign in to their account straight from the app.