Hey everyone happy Saturday! Today I’m going to talk about the recent update to xGPS, which was released earlier this week. I was going to post about it earlier but I wanted to actually test it while driving in my car.

xGPS is only available for jailbroken iPhones and it is a free turn-by-turn GPS app. When the original version was released on Cydia, the developers showed us how the 1.2 beta would include the voice prompts. Well, the 1.2 update has arrived for those who haven’t found out already. From the xGPS blog:

The new major improvement in this version is the voice instructions support. It uses a Text-To-Speech engine to convert text instructions to sound. So there is no way to change the voice yourself as it is not pre-recorded sound. We are working on a cleaner English voice which should be included in the subsequent releases.

I tested out the newest added feature, which was the voice prompts. I can say they worked well, but the volume is definitely not loud enough if you’re listening to music in the car. Some ideas I’d like to add to my wishlist would be route previews and the ability to drop pin.

xGPS Improvements Coming: 2.0 in the Near Future

The developers are still working on xGPS and newer versions will have new features. Here are some possible screens of 2.0 coming soon: 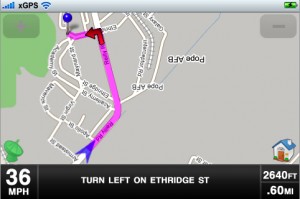 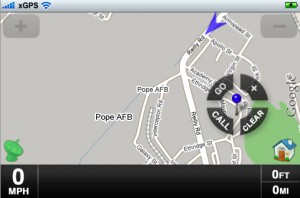 For those who have used xGPS so far, what are your thoughts on the app? What would you like to see in the future? You can discuss about this app by clicking here to visit the iPhoneinCanada.ca Forums!