Amazon has announced the Kindle and Kindle Paperwhite is now officially available in Canada, both on Amazon.ca and in over 1000 select retail stores such as Staples, The Source and Shoppers Drug Mart. The launch comes just after Amazon quietly launched the Kindle eBook store in Canada last December. 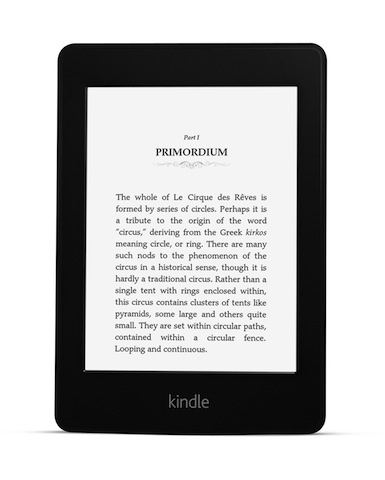 The following models are now available in both French and English:

“We’re excited to make the best-selling and most advanced e-readers in the world available to our Amazon.ca customers for the first time, making it easier and more affordable than ever for Canadian readers to own a Kindle,” said Dave Limp, Vice President, Amazon Kindle.

I recently upgraded my regular Kindle to the Paperwhite a few months ago (I picked it up from the U.S.). I must say the reading experience is fantastic with the front lit screen and text is very sharp. Reading on a Kindle is a better experience than the iPad because there’s no distractions plus the e-ink display is a nice way to rest my eyes at the end of the day. Although slightly heavier than the regular Kindle, the Paperwhite is still easy to hold and the battery life has been excellent with brightness on all the time at 75% (it’s one of those devices where I don’t even worry about charging).

Other advantages include the Kindle iOS app, which syncs exactly where you left off, so you can read anywhere and anytime from your iPhone or iPad.

Earlier this month, Amazon also launched its Prime program in Canada for $79 per year, which offers guaranteed unlimited two day shipping on all orders.

You can check out the entire Kindle line up here at Amazon.ca. Anyone else reading on a Kindle?