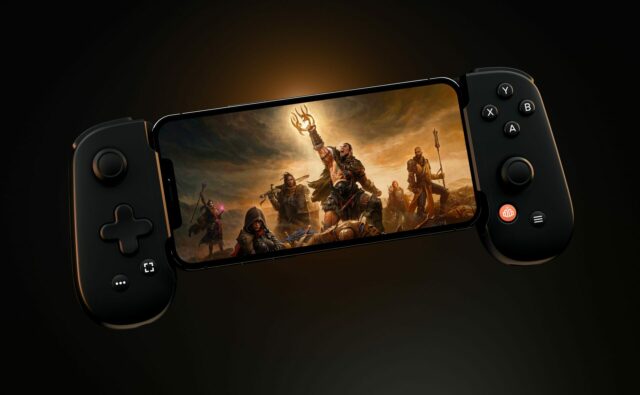 Blizzard surprisingly launched Diablo Immortal on iOS and Android devices a day early on June 1st, 2022. Players around the world are now able to install the game and begin fighting back Diablo and an onslaught of undead foes. The game does support touch controls. However, Diablo Immortal also supports an interface that mimics the console experience. In comes Backbone with its Backbone One gaming controller for iPhone.

Prior to its launch, president of Blizzard Entertainment Mike Ybarra shared his enthusiasm for the Backbone One as a leading device for playing Diablo Immortal on iPhone.

And yes it is free on iOS/Android/PC. I play with a Backbone device on my iPhone – fantastic. https://t.co/HCAIefABGt but other controllers work per the announcement. https://t.co/asTfJ3vDsG

To celebrate the launch of Diablo Immortal, all Backbone One users will receive a complimentary Adventurer’s Pack Premium in-game bonus. This pack awards players the following:

The Backbone One is available for iPhone for $139.99 CAD. Backbone has also been establishing relationships with Xbox and Discord. Purchase of a Backback One includes three months of free Discord Nitro, two months of Stadia Pro, a one month subscription to Xbox Game Pass Ultimate and Apple Arcade.