There are times when the iPhone 5’s 4-inch screen just isn’t enough, but there is an amazing new case that turns the back of the iDevice into a secondary screen.

It’s called popSLATE, and it is a brand new case with a built-in display using the E-ink technology (similar to the ones you find on e-readers such as the Amazon Kindle) and it brings a second screen to your iPhone 5. 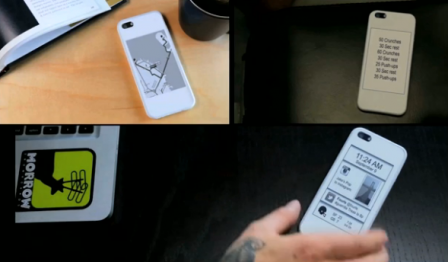 One of the most amazing features of popSLATE is that it can be always on, as its low-power technology allows this, and it can become the user’s screen for notifications, sports scores, maps, notes, etc. – you name it. However, it is black-and-white only.

Despite the company being in the early stages of development, it has a partnership with E Ink to use its latest ruggedized e-paper technology, and they are hoping to raise enough funds to make popSLATE a reality. The iPhone 5 case is available in black and white, with a starting price of $79 for the first 500 supporters.