If you own both an iPhone and iPad, it is a guarantee you have various types of media on both devices. JVC recently launched their new UX-VJ3 iPhone/iPad speaker docking station this summer, and sent us a unit to check out. Let’s find out what it’s all about.

Inside the box contains the main unit along with two speakers, AM/FM radio antenna, instructions and the AC power adapter. The actual unit itself is moderate in weight, and the speakers aren’t too heavy (total unit weight is about 700 grams). There is an LED-illuminated base that just looks cool. 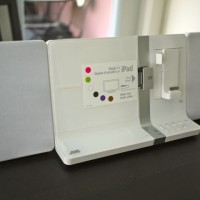 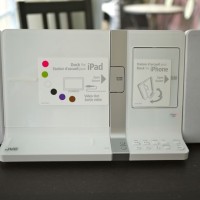 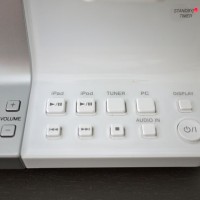 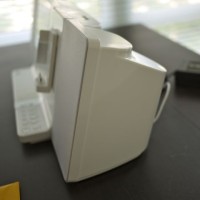 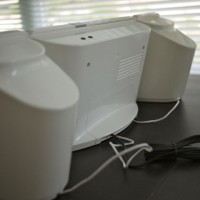 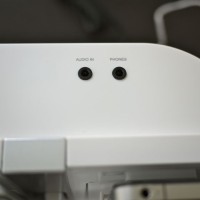 What makes the UX-VJ3 unique is users will be able to dock both iOS devices for playback of media from your iPad, while being able to switch easily to your iPhone, plus charge both devices in an all-in-one solution. The iPhone/iPad docks are hidden from view, and once pressed down they pop into position. The iPhone dock can be oriented to portrait or landscape. 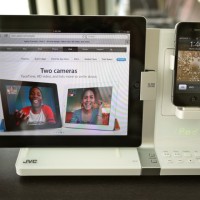 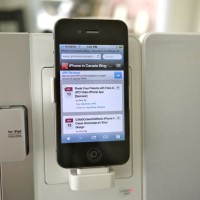 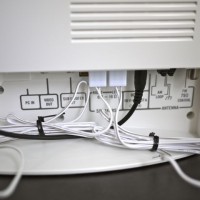 The UX-VJ3 offers more than just an iPad/iPhone dock. There is an AM/FM tuner, video output to connect to your TV, a USB PC input, subwoofer output, AUX audio input, various sound modes (rock/pop/classical/jazz), surround sound mode, and even a ‘Sound Turbo’ feature for extra bass. These inputs are reachable by removing a plastic cover on the back. There is also a clock, sleep timer, wake up timer, plus the included remote controls the UX-VJ3 easily from a distance.

The UX-VJ3 is made for the original iPad but my iPad 2 was able to fit into the connector without a problem. I did find the connector slightly flimsy, as my iPad 2 did slide around when plugged in. Only some anti-skid silicone marks along the bottom prevent your iPad from sliding away. The unit is compatible with the iPod nano (generations 2-6), iPod touch (all), iPod classic, iPhone 3G, iPhone 3GS, iPhone 4, and iPad.

The iPhone connector doesn’t come with adapters for different devices so it just plugs right into your iPhone, iPod touch, or iPod. I found this a bit unnerving as my iPhone connector could be damaged as better support should be there. The same feeling was for the iPad connector as well.

Playback of music from my iPhone sounded decent, with a good mid-range. However, don’t expect these stock speakers to blow you away with bass, as the system speakers power 30 watts of  total power. When music was turned up loud, it was able to fill a room comfortably. This would make a great music system for entertaining guests in a living room. Check out this hands on demo video below:

The JVC UX-VJ3 comes in either black or white, and an MSRP of $249.99, but I’ve seen it for much cheaper on the web, at under $200. If you’re looking for sleek dual speaker dock for your iPhone and iPad, the UX-VJ3 is worth the consideration for its features and decent sound, but further support would be nice in the area around the dock connectors.