If you’re looking for some of the strongest iPhone cases out there, then you’ve probably heard of OtterBox. They are the makers of the Armor Series for the original iPhone and the Defender Series for the iPhone 3GS.

Today we’re going to review two of their newest cases for the iPhone 3G and iPhone 3GS. They are called the Commuter Series and these cases are for more casual iPhone users that do not need superior protection found in the Defender Series. Let’s get on with the review! 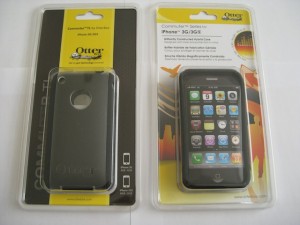 These new Commuter Series cases from OtterBox are some of the thinnest silicone cases I’ve seen. They also include a study plastic shell that wraps around the silicone. I found it extremely easy to install this case on my iPhone 3GS–that even had the invisibleSHIELD installed! 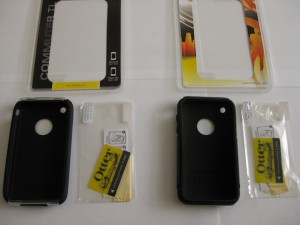 The Commuter case comes with a thin, self-adhering clear film to protect your screen. The silicone case allows full access to all the iPhone buttons and controls. The black silcone plus black plastic cover looks great and is a really thin and lightweight combination for your iPhone 3GS. 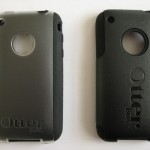 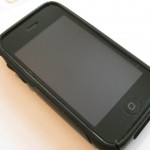 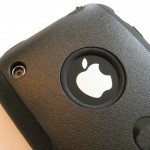 What could be improved on the Commuter Series is the back of the case. Although there is an opening to reveal the shiny Apple logo, this part leaves your iPhone exposed. It’s up to you to decide if you are willing to risk your iPhone back being exposed for the sake of aesthetics.

However, the Commuter Series is not meant for road warriors, but for more casual iPhone use. What I like is how they are lightweight, easy to install, while protecting your iPhone 3GS. What’s the difference between the Commuter and the Commuter TL Series? Let’s find out.

The Commuter TL Series for the iPhone 3G/3GS comes in 7 colors. But more importantly, the plastic shell here has a transparent covering that protects the entire back of the iPhone. That means nothing is exposed at all. Aside from the colors and the covering of the back, the Commuter TL is pretty much the same as the Commuter except the plastic goes down the back middle, and doesn’t cover the sides. 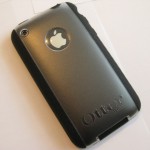 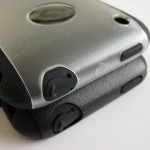 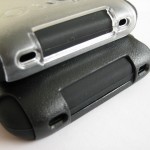 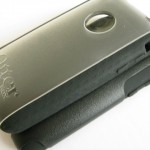 Is the Commuter Series Worth It?

For me, I like going without an iPhone case and only using a full body invisibleSHIELD. However, if I was going to get a silicone case, I would definitely go for either one of these Commuter Series cases. They are very lightweight and do not add much bulk to the iPhone. Even with my invisibleSHIELD, I was able to fit both cases on properly. I haven’t been able to do this before with other cases.

The prices are definitely in the mid-range for a silicone case, but with our Canadian dollar at par, that shouldn’t be a problem. One thing is for sure, you know you’re going to get quality from OtterBox, versus the hole in wall iPhone stand in the mall.

As always, shop around and then make your own decision on which case to get for your iPhone. 🙂