Pebble has announced its highly anticipated watch face SDK will be available in April and next week a firmware update is coming, version 1.9.  Next week’s firmware will rearrange the interface to make a simplified main launcher menu, plus it will include tweaks to improve the text rendering engine to make it easier for developer to display text on the watch.

As for the upcoming watch face SDK, the company notes the delay was because they wanted to prioritize making watches first and shipping them to their Kickstarter backers. In the second week of April they will release their watch face SDK, with a good chance APIs will be included to start a focus on developers to create apps.

They have already started testing this with some hacker backers and below is an example of what we can look forward to: 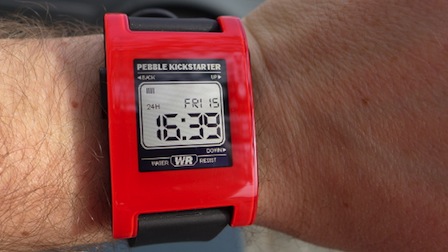 Over at this Pebble Concepts site, RichardG has posted some creative faces submitted to him: 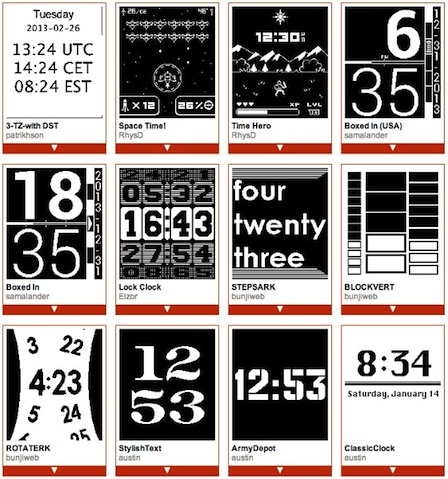 As for some production updates, Red lenses have started production. Over 40,000 Pebbles have been manufactured to date, with 2,000 long watch straps ready to shipped next week to priority Kickstarter backers. Our review is upcoming, stay tuned.