Poppy KickStarter Project Turns Your iPhone Into a 3D Camera

Resembling a little bit the popular View-Master designed for children, Poppy is an iPhone accessory that aims high. It transforms your handset into a device that captures 3D videos and images. 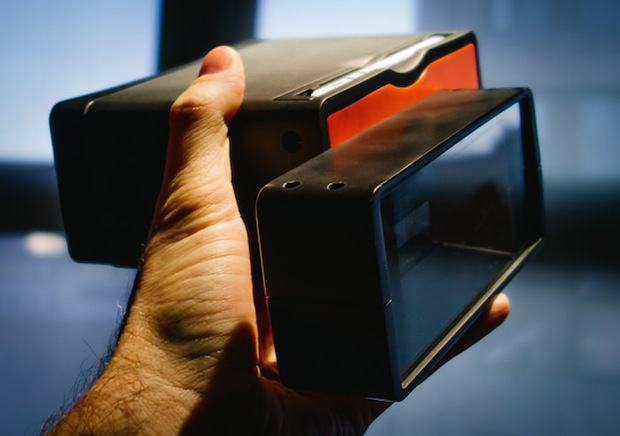 The accessory has two eyepieces to look through and comes with a slot into which you insert your iPhone 4, 4S or 5, or fifth generation iPod. Once in place Poppy can be used to take 3D images and videos and to watch 3D content you or others have created?even 3D YouTube videos.

Poppy is free of batteries or electronics. It’s just optics and uses your iPhone’s camera and screen. It uses the iPhone’s rear camera and its mirrors to capture two stereographic images and then combines them into one 3D image or video.

When you look in the viewfinder, Poppy’s lenses combine the two video streams into a single, crisp, 3D video. It’s beautiful, and really hard to describe or show in two dimensions.

It doesn’t need batteries and there are no electronics. It’s just optics and your iPhone’s camera and screen, so we can keep the price low without sacrificing quality.

Put your iPhone in Poppy and you can view 3D videos and photographs. Give it a twist, and you can capture your own experiences in 3D.

The Poppy project was initiated by Ethan Lowry and Joe Heitzeberg from Seattle. They turned to Kickstarter for help to kick start this iPhone accessory. Poppy will be sold with a dedicated iOS app but it is also compatible with Camera Plus or Vine. Kickstarter backers can receive a Poppy for $49, with the first accessories estimated to ship in December.