If you’re having issues with Apple’s EarPods staying put in your ear, Sprng clips aim to solve your headphones from falling out during physical activity. They clip onto your existing EarPods to allow them to fit snugly in your ear by levering a clip against your ear, a clever solution for those who can’t use the new EarPods. 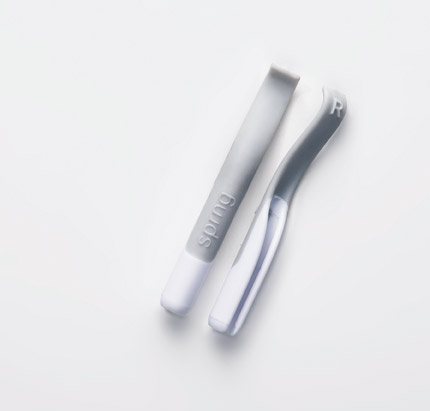 “With all the millions of earpods that Apple gives away with their products, it would be a shame if people did not use them because they fall out. Accordingly, we decided to make an inexpensive accessory that wouldn’t distract from the clean look of the earpods but kept them in your ears.”

Sprng clips are $10 and include free shipping to Canada and the USA. The only colour available is white, which has a grey elastomeric tip.

Let us know if you’re having issues with Apple’s EarPods and if this looks to be a solution for you!