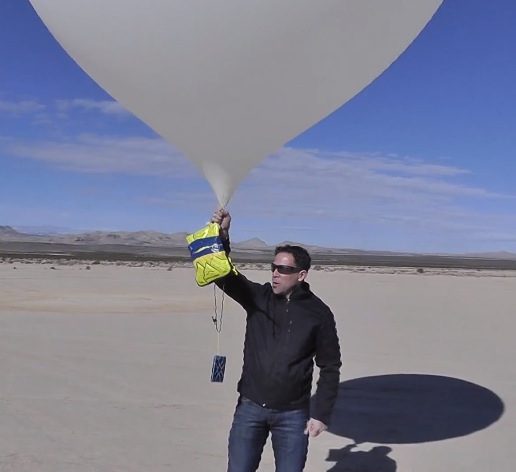 Back in August G-Form dropped an iPhone 4S out of a helicopter at 1000 feet. This time around, the company has dropped a fifth gen iPod touch inside one of their latest iPhone 5 cases from 100,000 feet up in the stratosphere. The setup was lifted up via weather balloon, then dropped to the Earth. Check it out below:

Here are some stats from their drop test:

G-Form will be showing their new line up of cases at CES:

“People are blown away that we could send a device guarded with solely our sleek iPhone case up to 100,000 feet and then let it free fall without worry,” said Thom Cafaro, VP of Innovations, G-Form. “With an ordinary case people might worry if they simply dropped it off of a table or while getting out of their car.  This test just proves how confident we are that the new XTREME line will protect against anything.”

You can also take look at our hands on review of the G-Form iPad cases. The XTREME Cases for iPhone 4 and 5, iPad, iPad Mini, iPod touch are now available from G-Form.