Yet Another Gaudy iPhone Skin

So I’m new here, and I think I may just annoy some of you loyal readers on my first post but when I saw this this morning, I couldn’t help myself; 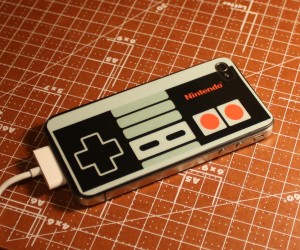 You know, at first I thought “Hey, this is kinda neat” and then I quickly came to my senses. Just like I did when I saw the R2D2 copycat and a million other skins and casesÂ for this beloved device. My question is simple; why would you want to taint such a beautiful peice of technology? I know the most common answer to that question will be “to be unique”, and so forth but couldn’t you just do so in a less gaudy way?

Personally, I like to keep things simple. With the sleek and (dare I say) sexy design of the new iPhone 4, I want to show it off unaltered. I haven’t even received mine yet (waiting for my company ordered iPhone, damn delays) and I already got my pure, clear case because let’s face it, you still have to protect that glass-sandwiched, attenaegate-riddled iPhone 4. I couldn’t even bring myself to pick up a semi-transparent/patterned case like these from case-mate because even that takes away from the beauty of the phone.

That’s just me though and apparently I’m in the minority. When I went searching for a simple, pure clear gelli case the task was a tough one. They are out there, like the Ultra Clear NUDE from SwitchEAsy and the Zero 5 from Caze but you’d think they’d be more common, especially among the soon-to-expire Apple case program affiliates. Obviously, the demand isn’t there which makes me scratch my head.

How about you? Do you like to adorn your iPhone (or other tech devices) with flashy skins and/or cases?

Check out some of our case/skin reviews: