ZAGG recently announced their new invisibleSHIELD EXTREME for the iPhone 5 and other models. This new film differentiates itself from the original invisibleSHIELD as it is claimed to include ‘break protection’ and ‘shock resistance’. We received a sample of their Case-Friendly Screen Coverage version ($29.99, free shipping), which is made to accomodate cases.

Let’s take a quick look at some pictures below: 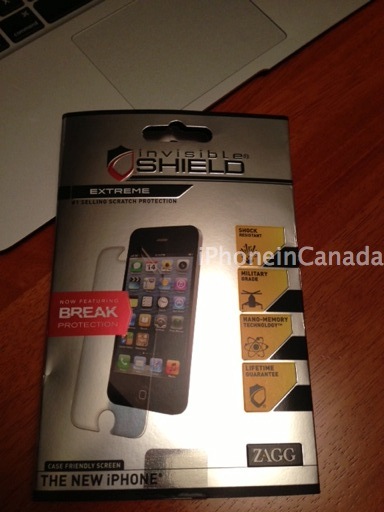 Inside the box you’ll find the film itself, application spray, a small cloth and the squeegee: 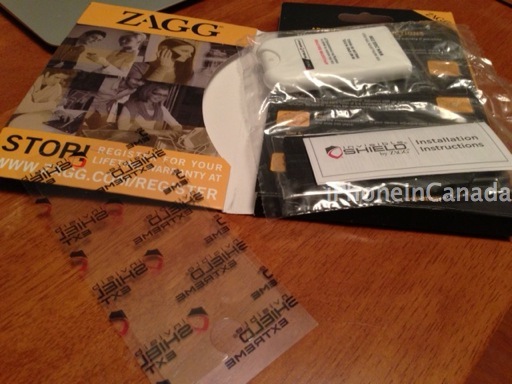 As you can see from this image, what makes the EXTREME different is that the material is considerably thicker to provide better protection from shocked impacts: 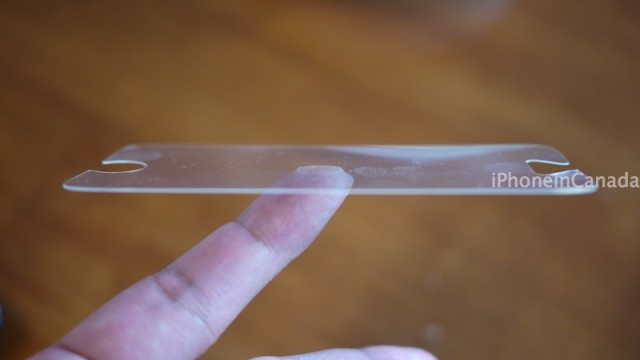 As for tips on installing the invisibleSHIELD EXTREME, my advice is to spray evenly and liberally on the film itself have some patience when installing. A few large quick sweeping motions will get rid of excess water without leaving bubbles behind; ensure your iPhone is sitting on top of a couple paper towels to soak up the excess.

Here is the final install after 48 hours; excess water that remains will eventually dry out and disappear. Notice the triangle cutout for the earpiece, which can make it easier to lay down for the install but it leaves more of the screen exposed: 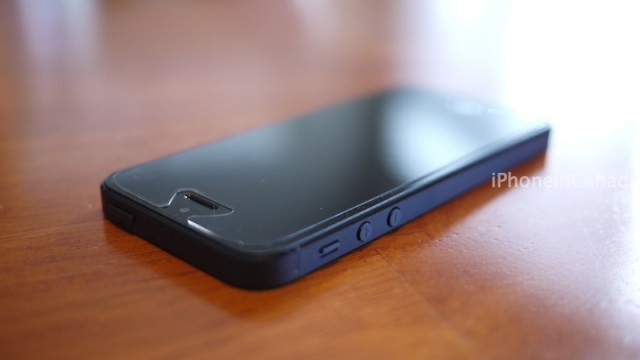 Here’s the bottom half of the finished install; note the cut out for the button is open-ended making it easier to lay down than before: 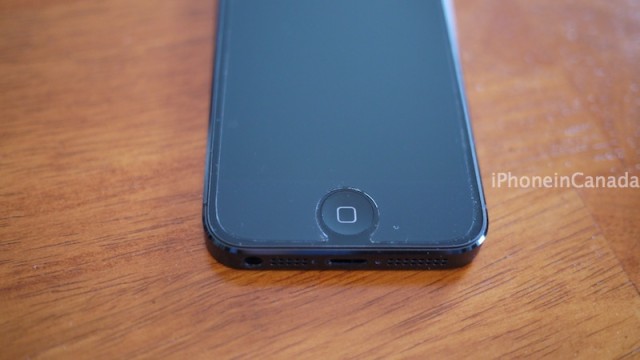 Here’s how it looks from the aerial view; the film is cut a bit narrower than normal to accomodate the sides of cases: 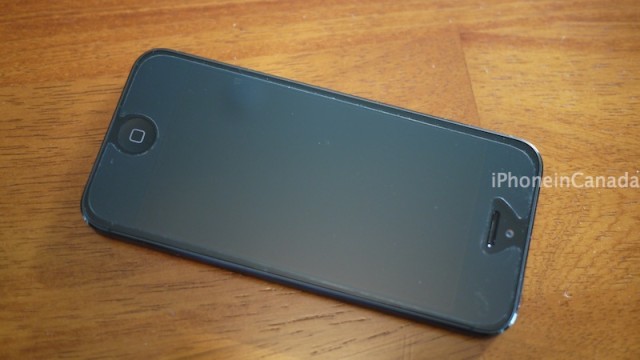 Here’s a side view of the EXTREME, you can notice how it is thicker here: 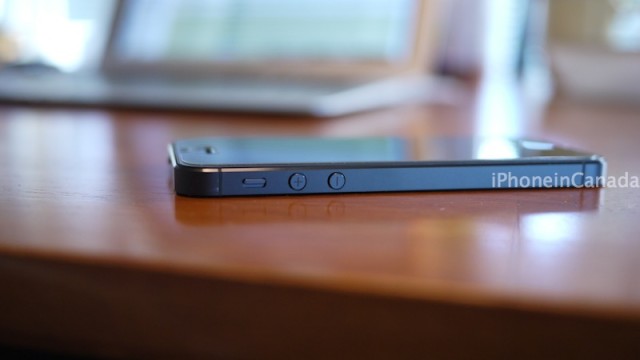 I’ve been using ZAGG products since the days of my original iPhone. They have evolved and come a long way. The EXTREME does have much better clarity compared to the original invisibleSHIELD with little to zero ‘orange peel’ effect (which they say helps reduce glare). Reflections show a very smooth look and the screen did feel better protected because of the thicker cut, which is narrower to help fit cases on.

As for some concerns, I would say the extra room provided around the earpiece and home button is easier for the install, but it does leave more exposed areas. The extra corners around these areas, although rounded could possibly peel up and collect lint if you store your iPhone 5 in your jeans pocket. The install was straightforward and easy for me to perform, but for newbies it might require a bit of patience when it comes to spraying water and laying it down (here’s our video tutorial). The new cut areas did make it very easy.

I wasn’t able to test the shock protection by smashing my iPhone 5 screen with a hammer (yet). But the thicker film did bring a sense of confidence to the iPhone 5 screen, so it really does depend on your environment. Overall, it’s a decent film that is simple to install, has very good clarity but the new cuts around the home button and ear piece could be a concern for some as they are larger than normal.

Click here to visit ZAGG.com–the ZAGG invisibleSHIELD EXTREME retails for $29.99, and is currently shipping for free to Canada (as part of their 2 week promotion on orders over $29.98).