AgileBits, the company behind the popular 1Password, today announced a major update to their iOS app: The latest version, 5.4, adds support for the Apple Watch. The update comes right on time, as Apple customers gear up for the big launch day of April 24, when the three models of the Watch will hit the shelves in nine countries, including Canada. 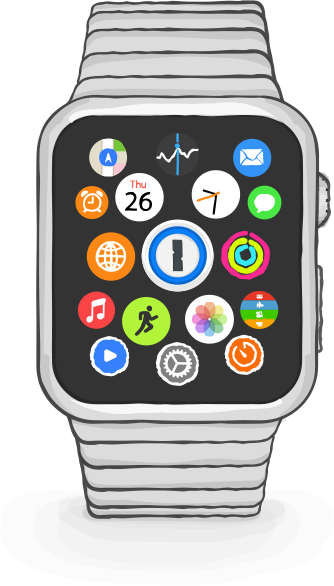 According to the blog post announcing the update, the Watch app will allow users to access important information such as one-time passwords and credit card info, right from the wrist.

Those who already use the app will immediately spot the Apple Watch line in the app. The iOS app will allow users to add items of their choice to their watch. These items will be stored in the iOS keychain, the app informs.

The app also includes a “learn more” line, which currently leads to 1Password’s Apple Watch newsletter page instructing users to sign up to receive information about the features implemented in the watch app.

The update is available now on the App Store. 1Password is a free download but requires a $11.99 (CAD) in-app purchase to unlock the full feature set.