24-year-old Australian psychologist Melissa Swift’s boyfriend Ben Levi is so crazy about the Angry Birds game that he used a custom-built Angry Birds level to propose her, The Huffington Post reports. Swift told the publication that the two play Angry Birds game all the time, even while lying in bed at night or secretly under the table when having a dinner with friends. 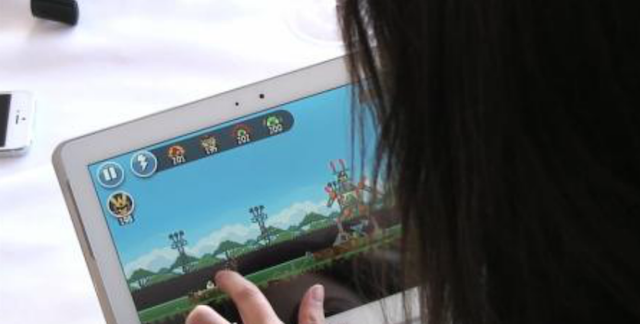 Last month when they were having lunch at a restaurant to celebrate moving in together, Levi pulled out his tablet and asked her to play Angry Birds Friends. She then started playing her favourite game. Everything in the game seemed normal, but as she got to level 3, the words “MARRY ME MEL” appeared on the screen.

“I think I would have been less surprised had I seen a flying pig,” Swift said. “I remember looking at it and not really comprehending what it meant. He was down on one knee and it just all fell into place and I just started crying. … It was just unbelievable.”

On a whim, Levi had contacted Rovio, the Finland-based parent company of Angry Birds, with his proposal idea. To Levi’s surprise, he heard back from Rovio in January, and over the next several months, he worked with company representatives to design the game level and coordinate the proposal. Rovio arranged for hidden cameras to be set up at the restaurant, and then edited the above video.

Anyone playing Angry Birds Friends will now be able to see Levi’s proposal in a one-week tournament that begins today. Meanwhile, check out the proposal video below (or watch it here):