Rovio early this morning updated Angry Birds Seasons (the last update was for Halloween), and released a new trailer to their YouTube channel. This latest update includes new holiday levels and continues with the themed updates for the popular $0.99 cent app. In total, Angry Birds has exceeded 500 million downloads. 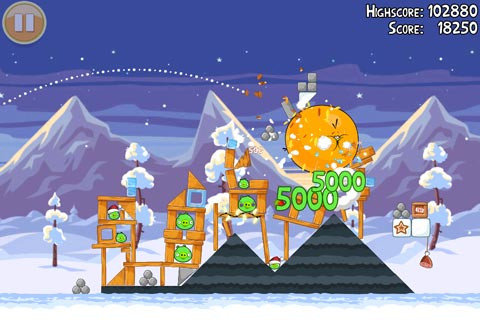 I haven’t played Angry Birds in a long time. The game is still fun, but it has gotten a bit boring. Are you still playing the game?