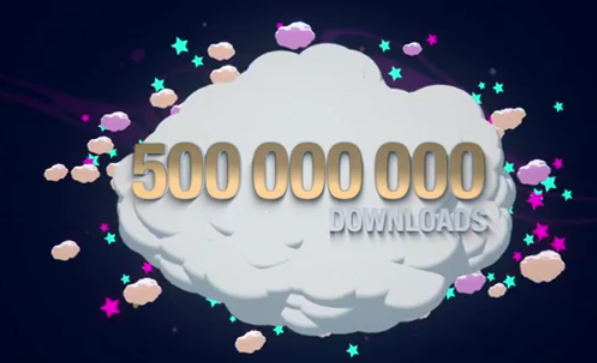 If you’re tired of hearing about Angry Birds, too bad. Rovio continues to experience high-flying success with their popular game, and they recently confirmed over 500 million downloads have been achieved in less than two years.

Rovio’s CEO, Mikael He’d had this to say (via Silicon Angle):

This is a fantastic landmark achievement for us, and we’re extremely delighted to see such an incredible amount of people enjoying our games,

The company continues to expand in Asia and there is no end in sight as to how long they can ride the Angry Birds money train. Rovio hopes to achieve 1 billion fans and evolve into an entertainment company, notes Rovio’s Peter Vesterbacka.

Angry Birds by the numbers:

Earlier this morning, Rovio uploaded the following celebration video to their YouTube channel to mention the stats above:

As much as I enjoyed playing Angry Birds, I have lost interest and moved on. It’s still a challenging and fun game to play though. Are you still flinging those Angry Birds?