For comparison, it took the iTunes Music Store almost seven years from its 2003 launch to reach the same milestone for music downloads.

As the App Store reaches 10 Billiion Apps, the promotion for hitting the target has ended. Whoever downloaded the 10 Billionth app won a $10,000 iTunes Gift Card, however, the winner has not yet been announced. 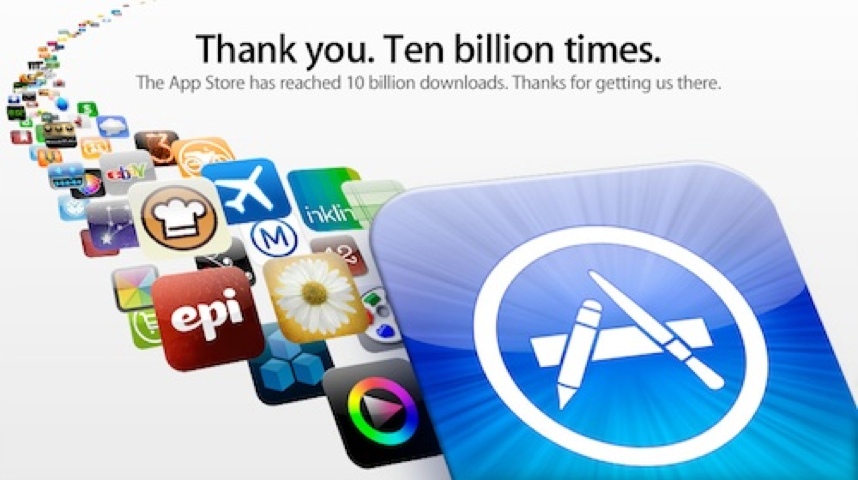