Apple has updated the Apple Store app to bring EasyPay support to Canada. Essentially this feature allows users to walk into an Apple retail store, scan an accessory barcode, purchase it, and walk right out of the store: 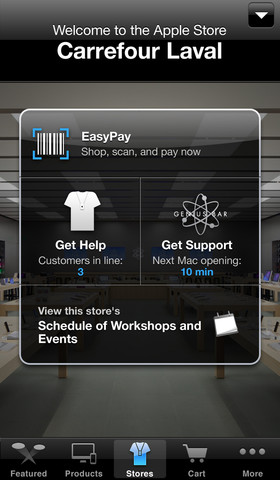 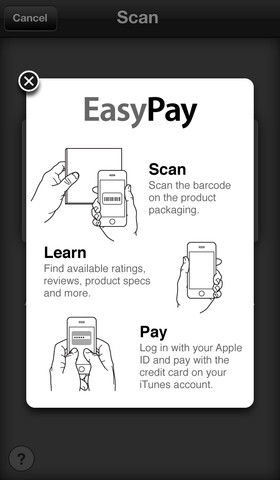 The Apple Store iOS app added support for Canada back in November of 2011. That update at the time brought EasyPay for the USA, but not us.

Speaking of the US, their Apple Store update today includes Passbook support for gift cards. Looks like we can look forward to these features coming to Canada in… a year or two?!

Click here to download the Apple Store app–it’s free. Let us know how your EasyPay experience works in Canada!