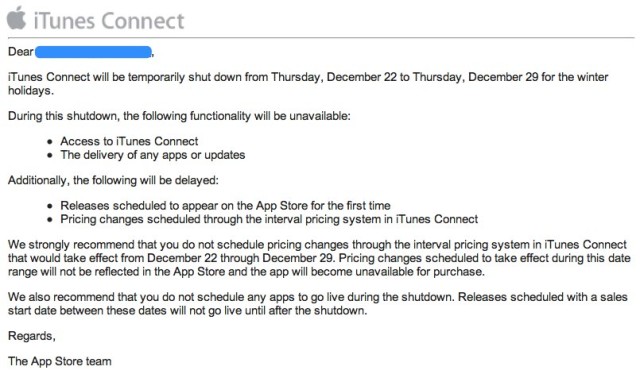 Apple notified developers this morning of its iTunes Connect holiday period, set to take place December 21-28, as noted by MacStories:

Additionally, the following will be delayed:

This annual holiday period occurred last year from Dec 22nd to the 29th. During this time app updates and price changes will be frozen as the iTunes Connect team gets time off. Back in 2010, the holiday period was only six days but has since been increased to a week in the last couple years.